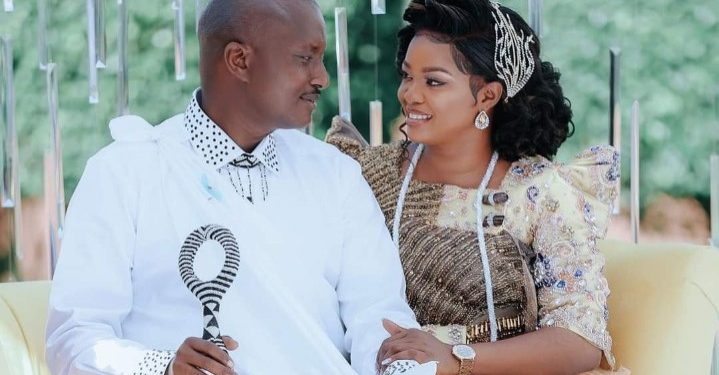 Bugingo was introduced by Makula in a customary marriage ceremony that was held on December 7 in Katabi, Entebbe Municipality.

In a lawsuit filed by Mabirizi, he says that the couple violated the Marriage by Customary Law which prohibits married people from remarrying before divorce.

According to the Marriage act, Bugingo and Makula are both perpetrators of the crime and are liable on conviction to imprisonment for a period of five years.

The charge is brought under section 42 and Section 50 of the Marriage Act.

Section 42; Marriage with someone previously married

“Any person who, being unmarried, goes through the ceremony of marriage with a person whom he or she knows to be  married to another person, commits an offence and is liable  on conviction to imprisonment  for a period not exceeding five years,” states the act

While Section 50 of the Marriage Act; contracting marriage by customary law when already married under this Act

“Any person who, having contracted marriage under this Act or any modification or re-enactment of this Act, during the continuance of that marriage contracts a marriage in accordance with customary law commits an offence and is liable on conviction to imprisonment for a period not exceeding five years,” states the Act.

However, Emmanuel Kirya an advocate at KBW Associates says that even though Mabirizi has a valid charge against Bugingo, he still has an uphill task to prove that:- Bugingo is married in Church, that the Marriage is still subsisting, that he married another woman customarily.

He added that Mabirizi would have to present evidence of a Customary Marriage Certificate to prove Bugingo’s marriage to Makula.

When Mabirizi was questioned on how he will present the Customary Marriage certificate to prove that the Bugingo’s held a traditional marriage, the controversial lawyer stated that he has evidence of the Invitation card that he’s going to use.

Nonetheless, the advocate said that the invitation card is one of the pieces of evidence though noted that the pictures of the wedding are more substantial.

In 2019, Bugingo filed a divorce case at Kajjansi Magistrate court against his wife Teddy Naluswa and sought dissolution of their 29-year marriage.

A month ago, the court mediation process that was meant to reconcile Pastor Bugingo and Naluswa hit a dead end as Naluswa opposed the dissolution of their marriage, saying what God has already put together no person can separate.

The lawyers Matooke Republic spoke to said that Bugingo’s traditional marriage to Makula is void as he has to first secure a divorce.

Bobi Wine is the most googled foreign personality in Kenya, Google reveals