Are AirPods Out? Why Cool Kids Are Wearing Wired Headphones 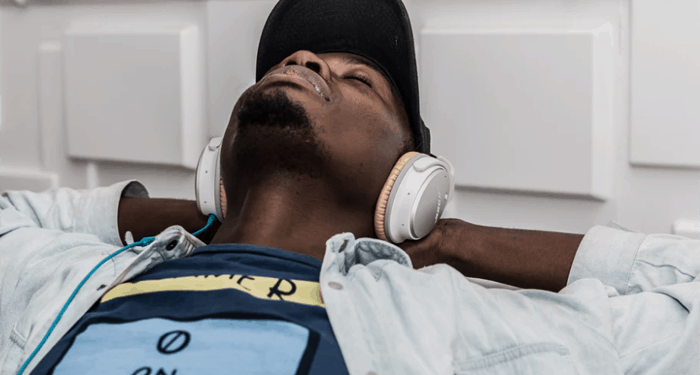 Humble ‘retro’ corded headphones are making an unexpected return, for both aesthetic and practical reasons.

In a publication by the Wall Street Journal, everyone wears AirPods these days…right? Since Apple launched the Bluetooth-enabled headphones in 2016, they’ve become an inescapable feature of daily life: Countless people walk around, chat, run and work with those two little knobs sticking out of their ears.

In short, AirPods have become too widespread to be cool. So, perhaps inevitably, contrarian trendsetters are reviving some ancient technology: corded headphones.

FASHION: As the country gears up to open up nightlife, here are the fashion items we believe should be stocked by lady partygoers

On the practical level, price is crucial. While AirPods range from $129 for the most basic 2nd-generation model to $179 for the new 3rd-gen release to $549 for the AirPods Max, Apple corded headphones go for just $19, and those from other brands can cost even less. For disorganized types, corded headphones are easier to keep track of and needn’t be charged.

Plus, some folks have vague, pseudo-scientific objections to “radiation” that they associate with wireless pods. Biz Sherbert, a cultural specialist at youth culture-focused creative agency the Digital Fairy, narrated a TikTok video on corded headphones. “It seems that people are very concerned about the potential Bluetooth radiation that comes from AirPods,” she concluded based on the video’s comments. (While Bluetooth headphones do emit non-ionizing radiation, the Food and Drug Administration currently deems it to be harmless to humans.

Beyond that nostalgic sheen, corded headphones can be perceived as the laissez-faire antidote to optimized, geeky corporate culture. Courtney Park, a 25-year-old social media manager in Orange County, Calif.,  said that they are the “polar opposite” of the “finance-bro aesthetic.” She explained, “A lot of people make fun of that whole tech-finance-bro look where they always have their Patagonia vest on and their AirPods in.” She herself recently ditched her AirPods after three years of being let down by, among other issues, their failure to charge. Corded headphones, she said, “have this aura of carelessness and effortlessness.”

But how could something that many people wear every day not become part of the trend cycle? Headphones have crisscrossed high fashion over and over in recent decades, with Chanel, Dolce & Gabbana, Marine Serre, and Maison Margiela all sending them down the runway in different incarnations. As evidence of the cord’s aestheticization, this September the pop star Dua Lipa posted to Instagram a photo of herself wearing a choker made of wired headphones. Designed by the jewelry designer and artist Corrina Goutos (and now sold out), its materials are listed on her brand’s website as: “obsolete earbuds, cubic zirconia, aluminum.” Maybe not so obsolete after all.

Did you know that you can jump-start your body functionality effortlessly?

FASHION: As the country gears up to open up nightlife, here are the fashion items we believe should be stocked by lady partygoers

Did you know that you can jump-start your body functionality effortlessly?