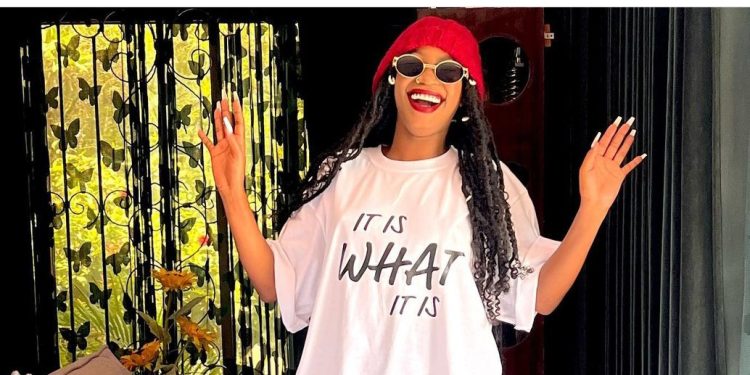 Sheebah Karungi has been the talk of the internet after multiple sources on social media pointed towards her having finally parted ways with TNS boss and longtime manager Jeff Kiwa.

In a cryptic post posted on her Instagram today mid-morning, the Nkwatako singer seemed to allude to the rumors being true.

With the internet buzzing with allegations, Sheebah has not yet come out to give an official statement on the current state of proceedings.

However, today morning, Sheebah seemed to have made an unofficial confirmation of the allegations.

She took to Instagram and posted a photo of herself in a baggy shirt with the words confirming, “It is what it is.”

The message seemed clear cut out as Queen Karma did not caption the post.

It is not yet clear why Karungi & Jeff have decided to part ways after nearly 10 years of working together but analysts say it has been a long time coming as the two have been silently struggling with internal issues.

Sources say Jeff Kiwa’s diversion into the real estate industry tremendously limited his time towards pushing Brand Sheebah, something that didn’t sit down well with the self-proclaimed swag mama.

It is alleged that Jeff is seriously considering replacing Karungi with another top Ugandan artist who should be revealed any time before the year ends.