OPNION; By my 5th year of medicine I had decided I wouldn’t practice it- Dr. Peter Ntege 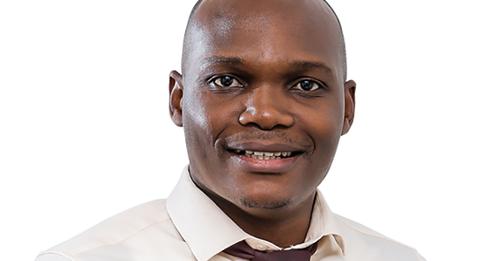 On December 11, the Director of Medical Services in the Ministry of Health Dr Henry Mwebesa ordered all government hospitals directors to fire striking medical interns.  Dr Mwebesa said despite the government’s assurances to medical Interns that their enhanced medical allowance would be paid, the interns have continued to on with the strike since December 6.

The on-going strike prompted Dr. Peter Ntege aka Peter Nawe, the former Chief Operating Officer at IHK to recount his days as an intern.

Below is the story

By my 5th year of medicine I had decided that I would not proceed to do internship or even practice medicine, because the struggles of most of the doctors I was supposed to aspire to be like were easily noticeable from their clothes, means of transport, and housing, but most significantly from their shoes!

I passively applied for internship and I was posted to Mulago Hospital, my first rotation was paediatrics. I never intended to report but decided to go walk through the ward 16C “just to see what’s up”. Little did I know that the previous lot were waiting for the new lot at the door to handover?

I probably looked a lot like a fresh graduate more than I thought, the outgoing intern held me by the hand from the entrance and presented me to the sister Incharge as the new guy and started briefing me about the 20+ children on the ward. Before he could run off, the SHO on duty entered the unit for a ward round and asked the outgoing intern to walk with us through the round for a proper hand over. By the end of the round, I had 3 femoral taps, 2 lumbar punctures, and 1 NG tube all of which I had only witnessed before. How I managed is not the matter though;

I didn’t know that on top of taking notes of all the ward proceedings It was me to get all forms of samples for the requested tests from the 20 plus’s patients, write the lab requests, physically walk across Mulago hospital to deliver the samples to the lab, and also beg the lab to release the results.

I didn’t know that I was supposed to call the blood bank in Mulago and Nakasero using my little airtime to beg for blood for my patients on ward.

I didn’t know that the nurses were too tired to execute all doctors’ instructions, that I would end up placing cannulas on some of the patients and run the required fluids as recommended.

I didn’t know that one of the kids would deteriorate with only clueless me on the unit, that I had to execute instructions on the phone while the SHO came back to the ward.

I didn’t know that one patient would consume 4 hours of our day with the SHO trying to stabilize.

I didn’t know that one of the parents would run away and abandon the baby on the ward for my colleague and I to co-parent for day.

In a flash, the clock had moved from 8am to 9pm, no rest, no lunch, no idea how I was to go back to Gayaza.

That night, I shared a room (read store) at the intern’s mess on the floor above the New Mulago hospital complex, with a colleague in the same rotation. While I was pissed at the deficiencies in the system, I had some level of satisfaction that I had sorted out most of the issues and the patients were okay. I took a shower, washed my undies  high school style, walked to Wandegeya for Rolex in the same clothes and slept off later.

The next day in the same very clothes we stormed the ward at about 7am. Haaaa…. inspite of the hustle the previous day, we were in trouble! The supervisor came in earlier and went straight to the patient who had deteriorated the previous day and we had not scribbled all the notes of what transpired. Everything we claimed to have done was not on file, that aside, there was a patient we never reviewed in the evening because we were exhausted and knew the kid was stable.

The patient deteriorated in the night!! Day 2 was twice as busy and twice as hard, day 3 and all the days after it never got any better, I had to send someone to get me clothes from home because there was never time to go home by day 3. A man who never intended to show up for internship only went back home after 7 days.

This is nothing compared to our 2 weeks at the Acute Care Unit!!!!

Issues of medical interns are neither a political debate nor an English speaking contest!

PICTORIAL: What you missed at Janzi Awards

There might be need for people to vaccinate again - Pfizer CEO