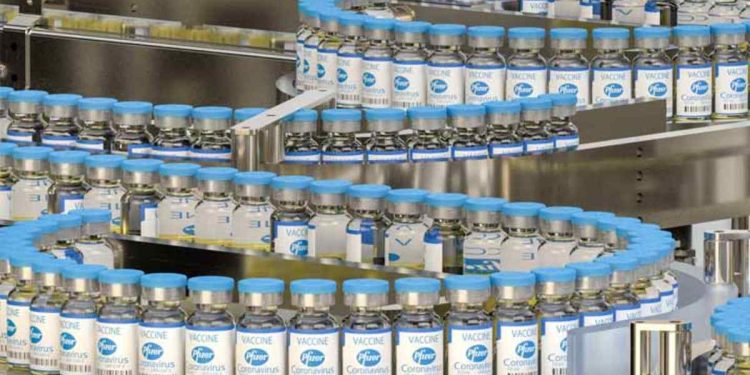 Pfizer CEO Albert Boula has noted that members of the public we’ll likely need another shot sooner rather than later.

The world has been in a state of panic yet again after it was announced that the Coronavirus had developed yet another strain, Omicron.

The new strain was confirmed present in Uganda by the Ministry of Health after passengers at Entebbe airport tested positive for the coronavirus.

UK prime minister Boris Johnson made statements that pointed towards the need for another round of vaccination.

“No one should be in any doubt. There is a tidal wave of omicron coming, and I’m afraid it is now clear that the two doses of vaccines are simply not enough,” Boris noted.

He further added that there might be the need for the country to super-charge its booster program so that everyone over 18 will be offered a third shot before the end of the year.

A UK study published last week suggests booster shots provide 70% to 75% protection (depending on whether the initial doses were from AstraZeneca or Pfizer) against symptomatic disease from Omicron.

Pfizer CEO Albert Boula said last week that a fourth vaccine could be needed, perhaps sooner rather than later.

OPNION; By my 5th year of medicine I had decided I wouldn’t practice it- Dr. Peter Ntege

Twaweza, Ministry of Health and Artists, collaborate on song encouraging people to vaccinate

Twaweza, Ministry of Health and Artists, collaborate on song encouraging people to vaccinate