If you hate my dressing style, give me a job and then order me to dress the way you want–Winnie Nwagi 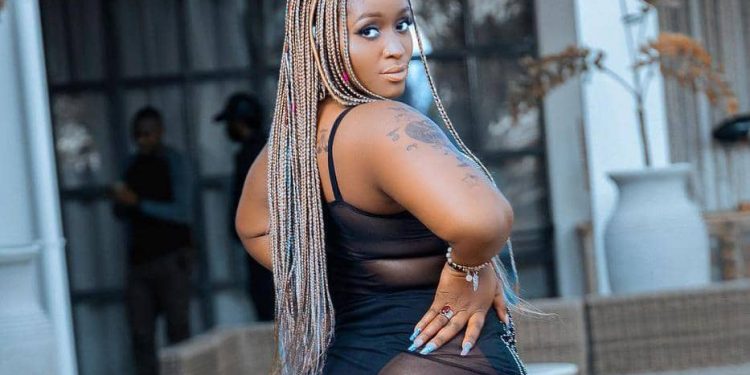 Singer Winfred Nakanwagi better known as Winnie Nwagi has clapped back at her critics. Nwagi has always been criticized by the public for what they describe as indecent dress code. However on Monday night while appearing on a local TV interview, the self-proclaimed ‘Fire Baby’ asked fans to stop complaining about her dress code.

The singer went ahead and advised whoever hates her dress code to give her a job and order her on what to wear.

“I hear people hate my dress code yet I am happy with it. If you hate my dressing style, give me a job and then order me to dress the way you want then I will do so,” Nwagi said.

The ‘Jangu’ singer also asked her fans who are putting pressure on her to get married to stop because she is not ready for marriage now.

The mother of one explained that she will get married someday though she has not yet got a man who understands her well.

“I am not yet ready for marriage, I have to get married to a man who understands me because I am an artiste and at some point I will have to return home late,” Nwagi stated.

Apac District Council to arrest, fine parents who will fail to send their children back to school