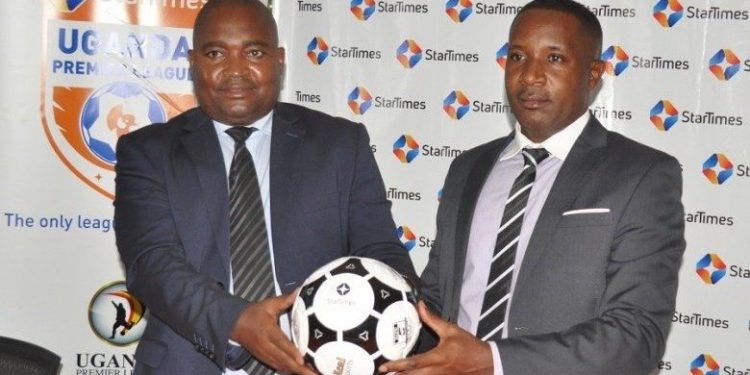 StarTimes Uganda Premier League second round begins on Saturday, 5 January 2022, this time round with huge expectations and most notably with more TV games. As opposed to the previous seasons, the second part of 2021/22 season will have 2 TV games per day every match day.

We shall have early kickoff at 2pm live on TV and second TV game kickoff will be at 4pm on the same day and Channel. The games will be live on StarTimes local channel Sanyuka TV Channel 222 on antenna decoder, 403 on Satellite decoder and on mobile phones via the StarTimes ON App.

“Television is one of the main vehicles we have to use in order to promote Ugandan football. As exclusive broadcasters, will are happy to welcome a second production onboard. More games on TV, more excitement and more fans,” said Isma Lule Brand and Marketing Director StarTimes.

With this new development, majority of the teams will have all their games aired live. The second production unit will enable us achieve our desired number of games on Television this season. fans will have the luxury of choosing their preferred games on a particular day.

After two (2) years of restricted movements and lockdown on outdoor events of which football is part, HE. The president of Uganda at the beginning of the year fully opened the country with exception of Boda Boda’s. These new rules came as relief to all sports activities across the country.

UPL CEO Bainamani welcomes the 2:00 pm idea for the Uganda Premier League, urging the more games to be televised, the better to market the league, players and lure more partners on board.

“Having more games televised means that our league will receive more visibility for players, existing partners as well as those yet to come,” Bainamani revealed.

“To increase the number of games on Television, we had to initiate early kick-offs at 2 PM. This will help in a number of ways across the board; creating more content, giving the league more visibility, employment opportunities and attracting more partners on board,” noted Peter Kibazo, UPL Board Member

That said, the number of televised games this season will rise from 75 to more than 120.

Effective Saturday, 5th February 2022, the 2 PM games will resume with Wakiso Giants’ home duel against Gaddafi at the Kabaka Kyabaggu stadium in Wakiso on Matchday 16 as the second round officially kicks off.

The second game to be televised at 2 PM on Matchday 16 will be between BUL and Vipers at the Kyabazinga Stadium in Bugembe, Jinja on Wednesday, 9th February 2022.

The matches of the first round conclude on Friday, February 4, 2022, with Busoga United hosting URA at Kakindu Stadium.

“I wanted a replica of Muzaata,” Late Sheikh Muzaata’s widow Dr. Kuluthum claims competition to marry her was ‘global’

"I wanted a replica of Muzaata," Late Sheikh Muzaata's widow Dr. Kuluthum claims competition to marry her was 'global'