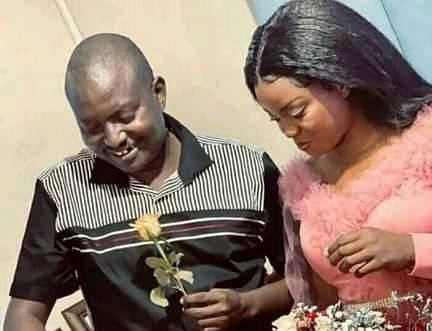 Ever since House of Prayer Ministries International Senior Pastor Aloysius Bugingo officially visited Suzan Makula’s home, a lot of people have been attacking him including fellow city pastors.

While preaching to his followers recently, he stated that whoever is fighting his love with Makula is wasting time because he will never dump her.

The motor-mouthed Pastor has assured those fighting his relationship with Makula that no matter what they say he will continue to love his woman.

“I love you Suzan with all my heart, and I love you the way you are, whatever they call you makes me love you most,” Bugingo said.

The controversial Pastor also trashed allegations making rounds on social media on how he denied Makula.

“And now you hear ‘embaata’ (ducks) saying that I denied Makula, does she sleep with you in your bed and chest?” Bugingo stated.

The couple’s televised traditional marriage caused a social media debate a day after the ceremony when Lawyer Male Mabirizi filed a court case against Bugingo for entering into a traditional marriage with a second woman yet he has not yet divorced his official wife Teddy Naluswa Bugingo.

There will be no curfew when children are going back to school, says Transport Minister Gen Katumba