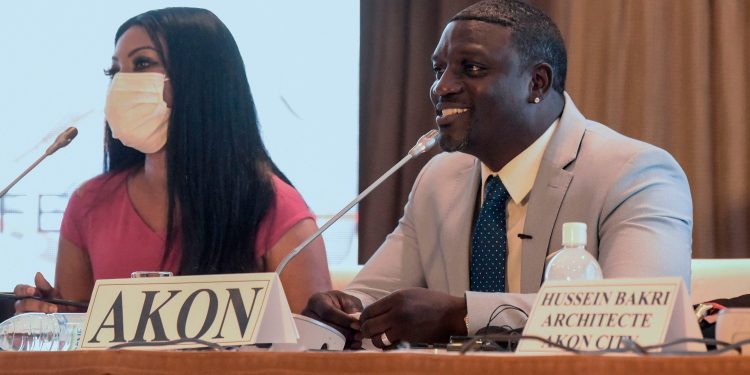 The government through the Ministry of Lands, Housing, and Urban Development has allocated land in Mukono to the American rapper of Senegalese origin Akon to set up his Akon City.

Last year in April, the government revealed that it would give Akon “a place suitable in Uganda that has not less than 1 square mile.

According to UBC TV, the Uganda land commission yesterday handed over a land title to Lands Minister Judith Nabakooba for the land which has been allocated to Akon for development.

The land is in Mpunge sub-county Mukono district.

The ‘Lonely’ hitmaker has been trying to fulfill his ambitious plan to build a city in his native Senegal for a number of years. Much like Senegal’s Akon City, the Ugandan project will feature amenities such as shopping malls, stadiums, and recreational facilities, and will operate under his cryptocurrency Akoin.

The costs of construction or date of commencement have not been disclosed. However, the project is expected to be completed by 2036.

EXCLUSIVE INTERVIEW: Pia Pounds narrates it all, rates her new song ‘Wuuba’ and dreams of staging a concert at Namboole stadium