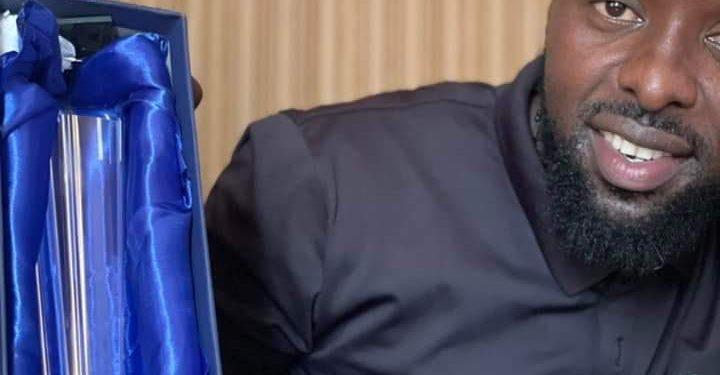 The ‘Weekend’ hitmaker was announced the winner after beating fellow nominees such as Ghanaian highlife and afrobeat singer Kuami Eugene, Nigerian- American rapper Jidenna, and Congolese singer and songwriter BM.

The award was presented virtually to Eddy Kenzo by Janelle Raeburn and Caz Mac online. After he was announced the winner, the excited Eddy Kenzo went to his official media pages and thanked his fans for always supporting him. He also appreciated the organizers for supporting and showcasing African music to the world.

“A special thanks to CAMA for making an effort to connect African music and Caribbean music. It is so special to know how connected we are. I am blessed to be recognized as Best Afrobeats Act. CAMA is a celebration and reminder of unity for Africa and the Caribbean,” Eddy Kenzo posted.

However, on Monday the award was delivered in Uganda and upon receiving it, he rushed to his social media pages to announce and congratulate himself.

“It is finally home, the Award for best Afrobeats act in the Caribbean Afro Music Awards 2021,” excited Kenzo posted.

If you’re still broke, answer every phone call you receive and be disciplined while talking to the caller- Pastor Bugingo