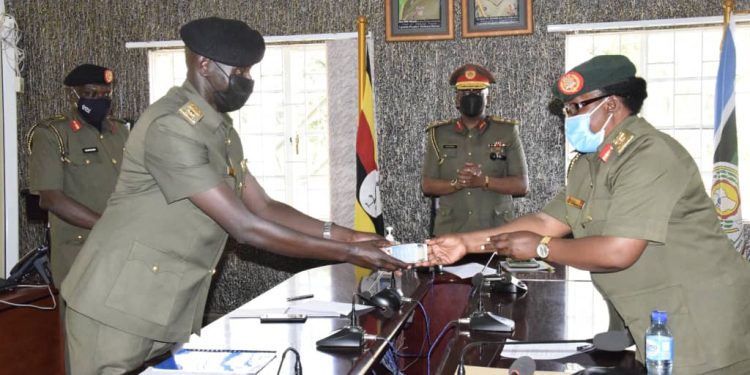 The Uganda People’s Defence Forces Spokesperson Brig.Gen Flavia Byekwaso has today handed over the Office of the Defence Spokesperson to her Deputy Lt.Col Ronald Kakurungu.

“I have today officially handed over the Office of Defence Spokesperson to my Deputy Lt Col Ronald Kakurungu as I prepare to attend National Defence College. The function was presided over by UPDF JCOS  Maj Gen Leopold Kyanda. I wish Lt Col Kakurungu the very best of luck,” Byekwaso stated.

According to the tweet, Byekwaso will be attending the National Defence College.