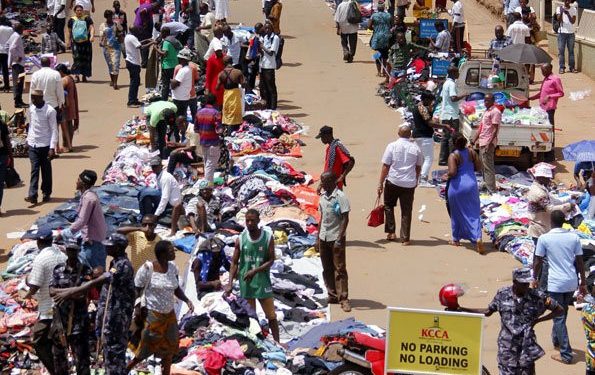 The Kampala City Resident Commissioner, Hussein Huda has given Kampala Street vendors one week to vacate and take up space in the city markets of Usafi an`d Wandegeya.

Hussein made these revelations while addressing a presser at Uganda Media Centre yesterday.

Huda said that vending and hawking is illegal.

“The simple issue of vendors being reallocated from the streets to the markets has been politicized. Usafi and Wandegeya markets are empty. The amount of money government invested in building these markets is unaccounted for and some among the political showbiz masters in Kampala think that nothing should be done, he said.

Huda said the vendors were told last week to leave the streets but they did not “and we took that time as grace period.

“I am, therefore, appealing to all vendors now to leave the Kampala streets within five days from now, the concerned security agencies in Kampala have been given instructions to apply when the days expire,” he added.

During the campaign, the enforcers resorted to sensitizing vendors through passing messages on public address systems but achieved minimal success.

Huda added that the existence of street vendors and hawkers poses a security risk. He noted that criminals engage in petty offences such as snatching bags and phones could thrive.

Jjemba Kanakulya Mulondo, the deputy spokesperson of Kampala City Traders Association (KACITA) revealed to a local media house that KCCA issued a notice to the business community of Kampala last year in September instructing all vendors to leave the streets.

He added that they are unable to afford the spaces in arcades and markets.

KCCA has made several attempts to get vendors off the streets in vain as vendors return minutes after Law enforcement s officer’s leave.