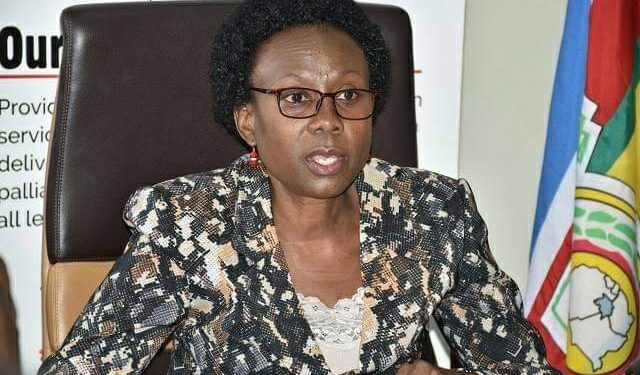 Uganda Ministry of Health is set to destroy over 400,000 doses of vaccines that were not used during the mass vaccination exercise.

While speaking in an interview on a local television, Dr Jane Ruth Aceng, the Health Minister revealed that all covid19 vaccines which were meant to be used in a mass vaccination exercise in Acholi sub region are unfortunately going to be destroyed.

She added that the ministry will also dispose off 297 doses of AstraZeneca vaccines which have expired.

The Ministry of Health had secured over 500,000 doses of Moderna vaccines to be used in November 2021 in a mass vaccination drive in Acholi sub region as it sought to hit the target of vaccinating   22 million Ugandans aged 18 and above.

Aceng further explained that the Moderna vaccines are supposed to be used within a specific period.

“Moderna is ultra-frozen, it has to be thawed. Before use, when it was unutilized in Acholi, we took it to western Uganda but couldn’t utilize it before 30 days,” Aceng said.

According to Aceng, at least 279 doses of AstraZeneca have expired and these have been withdrawn from the system.

To boost vaccine storage, government has received a cold chain equipment worth $ 8.3 million around Shs29,075,721,700 to be dispatched for vaccine storage.

She said over 1000 fridges to be installed in urban health centres.