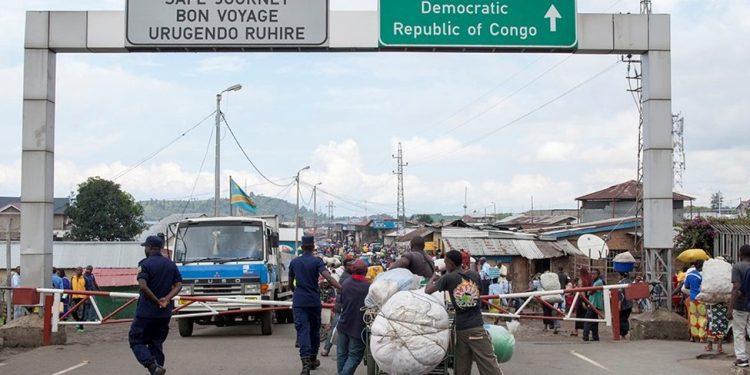 According to the AFP, around a hundred Rwandese have fled into Congo in the past few days in an effort to side step the country’s astringent Covid 19 vaccination rules.

This is according to local sources.

The Rwandans have been travelling in small groups, by canoe, and have landed on the southern edge of Idjwi island in Lake Kivu which straddles the border, Karongo Kalaja, the administrator of Idjwi, revealed.

By the time of Karongo’s revelations, the camp had already recorded at least 100 arrivals.

The authorities are however interviewing the fugitives to find out why they crossed.

Idee Bakalu, the head of an association of Idjwi citizens living in Bukavu, the main town in DR Congo’s South Kivu Province, revealed that local officials in Ntambuka had recorded over a hundred arrivals by Tuesday.

The Rwandese say they are fleeing the country because of the corona virus vaccine; however, the Congolese maintain that they are not certain what their intentions are.

The head of the association of civil societies in Idjwi, Esther Muratwa, put their numbers at 123.

The Rwandese are currently undergoing identification procedures in two villages, Lemera and Nyereji, where most of them have been placed with host families.

However, their presence remains a source of concern.

“Their presence here is a source of concern for us, given that the reason why they came to Idjwi is still unclear,” added Muhigirwa.

Rwanda, has enforced some of the strictest anti-Covid containment measures in Africa and implemented a rigorous regime of testing and contact-tracing.

As of mid-December, it had fully vaccinated 4.2 million people, around 60 percent of Rwandans aged 18 and above.

Unlike other countries in the region, it has also started administering vaccine booster shots to eligible adults.

Vaccination in Rwanda is also mandatory for using public transport or going to bars and restaurants and public gatherings.

In 1994, Idjwi hosted tens of thousands of Rwandan Hutus who fled to eastern Democratic Republic of Congo during the genocide in Rwanda.

I smoke weed but it’s bad, sometimes I can be holding my phone but I forget and start searching for it – Kabaya reveals dangers of drugs

Give us what we want, the image of Uganda is State House and it requires to be at the level of a 5-star hotel -President’s office wants Shs39b

Give us what we want, the image of Uganda is State House and it requires to be at the level of a 5-star hotel -President's office wants Shs39b