I smoke weed but it’s bad, sometimes I can be holding my phone but I forget and start searching for it – Kabaya reveals dangers of drugs 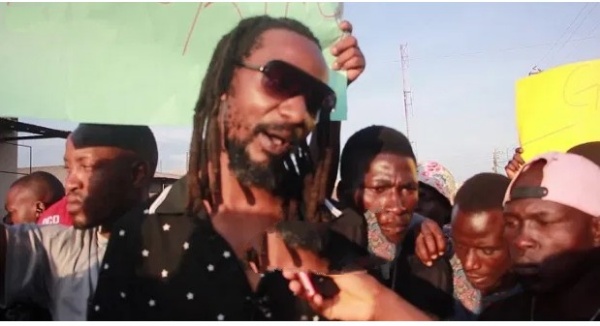 Following the video of Canadian-based Ugandan femcee, Jocelyne Tracey alias Keko smoking, drinking heavily and looking intoxicated, Firebase crew singer Kabaya has opened up about his experience on taking weed, explaining that getting addicted to weed is not of any good to the human mind at all.

Speaking in an interview on a local television, Kabaya disclosed that weed is very dangerous and he has tried to quit it several times though he always finds himself relapsing.

Kabaya, who is also one of the victims, stated that weed has caused him several problems including being arrested and detained.

“Guys I smoke weed but weed is dangerous. Puffing weed caused me so many problems. I have been arrested many times because of weed. I have even tried to quit weed several times but I find myself relapsing,” Kabaya stated.

Kabaya, who regrets learning weed, also went ahead and disclosed other problems he has faced with weed saying that it makes him forgetful.

He added that if he makes a schedule with someone and does not often get reminded, he usually ends up forgetting everything.

“Sometimes I can be holding my mobile phone in my hands but I forget and start searching for it from different places, only to find out later that I have it in my hands,” Kabaya said.

Kabaya further advised young people not to try weed because it is more harmful than good.