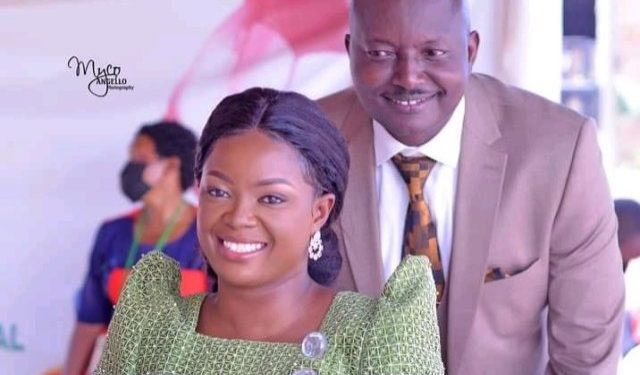 The Directorate of Public Prosecutions (DPP) has taken over the criminal proceedings instituted by lawyer Male Mabirizi against Pastor Aloysius Bugingo and his partner Susan Makula Nantaba.

This comes hot on the heels of a court case in which Makula and Bugingo are accused of contracting a marriage while he is still legally married to Teddy Naluswa. They are to appear before the court on January 21 over the case.

In a letter to the Chief Magistrate of the Entebbe Magistrates Court, Janet Kitimbo the Resident Chief State Attorney asked the complainant to avail them with reasonable information and furnish them with all the documents in relation to this case.

According to the report filed by New Vision on Friday, the case in question is Consolidated Criminal Case no. 666 and Criminal Application no. 22/2021 Uganda v Pastor Aloysius Bugingo and Susan Makula Nantaba.

“Pursuant to the Article 120 (3) (c) of the Constitution of Uganda 1995 and Section 42 (1) (a) and (c) of the Magistrates Courts Act, Cap 16; this is to inform the court that the DPP is taking over the criminal prosecution in this case. We, therefore, request that the complainant avail us with all the reasonable information and furnish us with all documents under their control regarding this case,” Kitimbo wrote.

In December, the court presided over by the Grade One Magistrate Stella Okwong Paculal charged Bugingo and Makula with three counts of procuring a marriage contrary to the Marriage Act last month.

Bugingo and Makula were dragged to court by public litigants Male Mabirizi and Robert Rutaro Muhairwe for engaging in a marriage process, yet he is still married to Teddy Bugingo.

Bugingo was last month summoned to appear at Kawempe Police Station to answer criminal charges of contracting a new marriage.

Since 2019, the House of Prayer Ministries International pastor and wife Teddy have been at loggerheads as the former filed for divorce.

All through the debacle failed mediation attempts notwithstanding, Naluswa, the pastor’s lawfully wedded wife, has maintained a strong resolve – she is not to put asunder what God put together.

Both Bugingo and Makula have denied they had a Kwanjula (introduction) in December. This follows a visit by Bugingo to Makula’s home along Entebbe Road. Bugingo denied being introduced by Makula last month.

Pastor Simeon  Kayiwa of Namirembe Christian Fellowship promptly followed by denying ever attending a Kwanjula in Kawuku, Katabi Town Council, Wakiso district in early December. The man of God said he only went to pray at a get-together of Bugingo’s friends.

Makula then also joined the bandwagon. In a recent TV interview, she termed Bugingo as her husband-to-be. She said the ceremony they had in November was a kumanyagana and not a kwanjula.