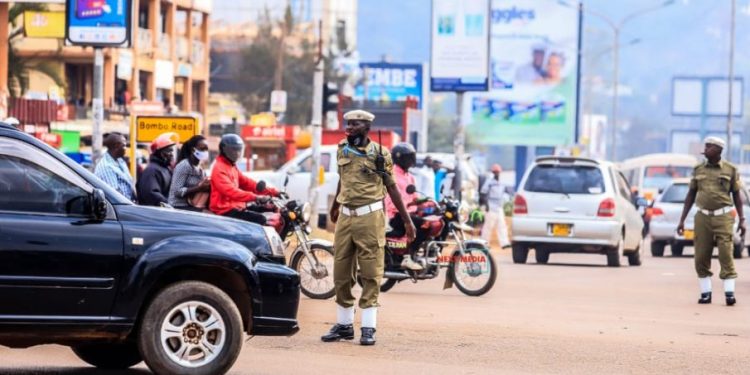 Police has announced plans to arm all traffic personnel on duty, citing attacks on them.

These plans were relayed by Police spokesperson, Fred Enanga, during the weekly Police Press briefing at Naguru, Kampala.

Enanga further revealed that whereas some traffic officers were already equipped, the force had plans to acquire more pistols.

These proceedings follow an unfortunate incident in which Robert Mukebezi, a traffic policer, attached to Ntinda Police Station, was injured by gunshot following a minor accident and misunderstanding in the area.

“Our traffic officer was lawfully carrying out his duties when he responded to an incident that was involving a military vehicle number H4DF139, Prado that veered off the road and rammed into a signpost. Our officer responded, first of all, to find out the condition of the victims and also remove the wreckage from the road to give clear passage,” Enanga noted.

He further added that, in the process of towing the wreckage, a UPDF vehicle, commanded by Maj. Akuwa Alpha blocked them on their way to Kira Police Station, causing the officer to react.

“In the process, they shot and injured the traffic officer in the leg. This is quite embarrassing. It is an act of brutality, impunity, and lawlessness by selected officers,” Enanga said.

In a report filed by The New Vision, the proposal to arm traffic Police officers is not new. Last year in June, President Yoweri Museveni said traffic officers would be armed or paired with armed officers in a bid to contain cases of insecurity.