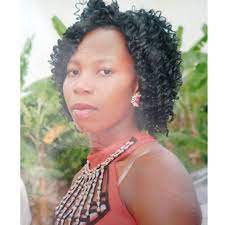 The family of a 26-year old Ugandan woman Milly Namazzi, who went to work in Saudi Arabia but was trafficked to Egypt where she died is demanding justice.

It was all tears on Monday when the body of Namazzi who died on December 5 was delivered to her parents’ home in Kagezi village, Kimaanya sub-county in Masaka district.

Namazzi reportedly died after her relationship with her employer turned sour, since then the family has been struggling to have Namazzi’s body repatriated after Dream Connect Limited, the labour export company that sent her to Saudi Arabia allegedly declined to take part in the arrangements.

In 2019 Namazi flew to Saudi Arabia to do domestic work on a two-year contract which the family said expired in December last year.

It is said that Namazzi demanded to return to Uganda at the end of her contract but her employers turned down her request. A bitter relationship between the two parties led her employers to send her to Egypt allegedly with the intention of killing her.

“She kept on telling us that her employers were always looking for ways to delay her return,” a relative said.

Before Namazzi died, relatives say they had received voice messages from her informing them that her life was in danger.

“I got into trouble and if you do not hear from me again, it might mean I am dead. Right now I am hiding and they are searching for me,” voice note of Milly Namazzi before she died.

On Monday Namazzi’s relatives received her body at Entebbe International airport. The body was taken to Mulago Hospital for a postmortem. The family disclosed that the report indicated that Namazzi’s genital parts had been removed and two other organs were missing.

“We had different doctors who all agreed that some strong items were used to hit the dead body to try to show that it was an accident,” Agatha Nalwadda, a relative said.

“It is impossible and unbelievable that an accident can extract someone’s uterus kidneys and genital organs,” she added.

The family believes that there is enough evidence to prove that Namazzi was murdered and would like the government to intervene in this matter.

“Her employer in Egypt should be investigated because she brutally murdered my daughter,” said Joyce Nassozi Mother of the deceased.