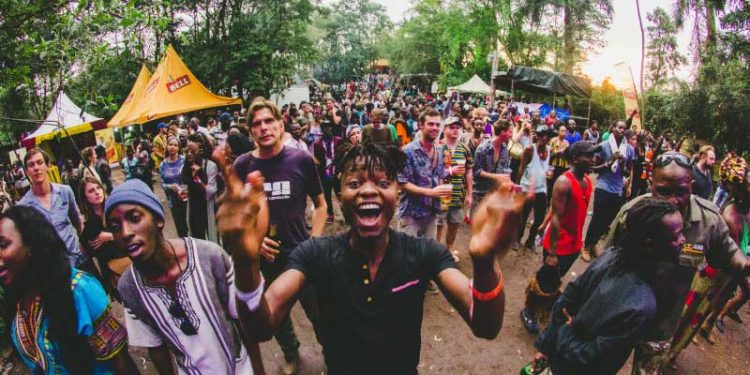 Following a bruising 24 months of Covid shutdown, live music events will hopefully return next week. The entertainment sector was one of the earliest industries forced to shut down, and it has been one of the last to reopen finally.

As we compile this article, promoters, booking agents, fans, and venues among other stakeholders are ready to resume business.

The announcement that events will reopen starting January 24 seems to have found events organizers and musicians more than ready to kick off as some have already confirmed concert dates.

We know more artists and organizers will announce concerts for 2022 in the coming months.

Here are some of the already confirmed concerts;

Recently a music label Swangz Avenue which manages musicians including Azawi, Vinka, and Winnie Nwagi confirmed holding a single concert for three of its singers.

Through her social media platforms, Swangz Avenue’s PRO Jaylor Birungi said that the label has plans of holding a concert for its three artists each in every quarter of the year.

The label will then proceed to have a joint concert for the trio at the end of the year.

Pallaso to hold a countrywide tour

Team Good Music singer Pius Mayanja better known as Pallaso is very ready to enjoy the fruits of the hard work he has invested in his music for the past two years.

Pallaso has been the best Ugandan artiste in the last two years if we are to consider the number of popular songs that he has released in that period.

For his bravery, hard work, and talent, Pallaso believes that 2022 is the year he collects the cheques and he is so ready for it.

A few days back while performing at a small party in Nansana, Pallaso revealed that he is more than ready to jump back on stage and perform for his fans when concerts officially resume on 24th January.

“I can’t wait to start performing on stage and make money. I put in so much effort and it’s the time to reap from my hard work,” Pallaso said.
According to the ‘Malamu’ singer, he will hold a countrywide tour which will commence at Kyadondo Rugby Grounds.

Shortly after the President’s declaration that the country’s economy will be fully open on the 24th of January, the events management company,

Swangz Avenue has announced that its most upscale picnic-themed event  ‘Roast and Rhyme’ edition for 2022 will be held on February 27th.

Though Swangz Avenue has not released more details about the event yet but has confirmed the date of its return, the event has always been held at Jahazi Pier, Munyonyo and this is still expected to be the same venue even this time around.

Purple Party, which is organized by NBS After5 co-host Douglas Lwanga, has a number of artists on one stage in different parts of the country entertaining party lovers.

Lwanga recently through his official social media pages confirmed that the 2022 Purple Party annual tour is starting from Mbale and he is soon announcing the dates.

“Mbale bulayi? You’re going first, dates will be dropping soon. The lineup is also changing let us know who you would like to see on that stage.. Purple Party tour coming soon.”

The Bayimba International Festival of the Arts is a four-day Festival that is held at Bayimba Foundation’s new home known as Lunkulu Island which is located off the shores of Lake Victoria in Mukono and Buikwe district. The festival hosts its ever-growing audience offering them an unforgettable experience in Music, Dance, Poetry, Comedy, Film, Fashion, exhibitions, games, and camping in nature.

Nyege Nyege stands for Peace, Love, and abundant Joy, for Underground  Music and musicians in Africa, from Africa or with a deep interest in getting to know the Continent better, it stands for fun and curiosity and pushing boundaries always with a sense of Inclusivity and an invitation to Wonder. The four-day event is arguably one of the biggest festivals in East Africa with thousands of revelers storming Jinja to not only party but also to discover Uganda.

Upon the announcement of the opening of the industry, the organizers took to their social media pages announcing that they are cooking up something for their fans in September 2022 in Jinja.

“We want Nyege Nyege to be the leading reference for anyone following music from the continent, but also to create a network of like-minded artists who come to Nyege Nyege to meet their contemporaries from other African countries,” said organiser Arlen.

.After taking some time off without performing, Afrigo is set to stage a concert titled ‘Leka Tukiggule’ concert on February 19th at Hotel Africana. They will be featuring  Ykee Benda, Lydia Jazmine & Jose Chameleone. Tickets are 100,000 (Silver), 1M (Gold) & 2M (Platinum).