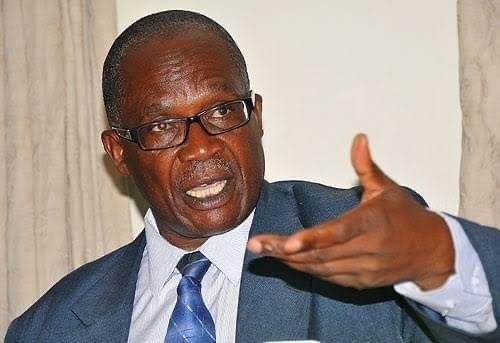 Following the 2021 cabinet reshuffle that left the Ministerial post of Justice and Constitutional Affairs vacant, the Minister of Public Service Hon. Wilson Muruuli Mukasa has been appointed the acting Minister for the ministry.

“As you know, I have not yet appointed a substantive Minister for Justice and constitutional affairs. Therefore, by powers given to the President by article 98 (1) and 99 (1) of the constitution, I assign Hon. Muruuli Mukasa to be acting Minister of Constitutional Affairs in addition to his role as Minister  of Public Service,” states a document addressed to the Prime Minister.

From May 27,2011  to June 2021 Maj.General. Kahinda Otafiire was the Minster of Justice and constitutional affairs, a post which he held till June 9, 2021. He is the current Minster for Internal Affairs.

Muruuli has been the Minister of Public Service since June 6, 2016. He previously served as Minister of Gender and social issues from March 2015 to June 2016.