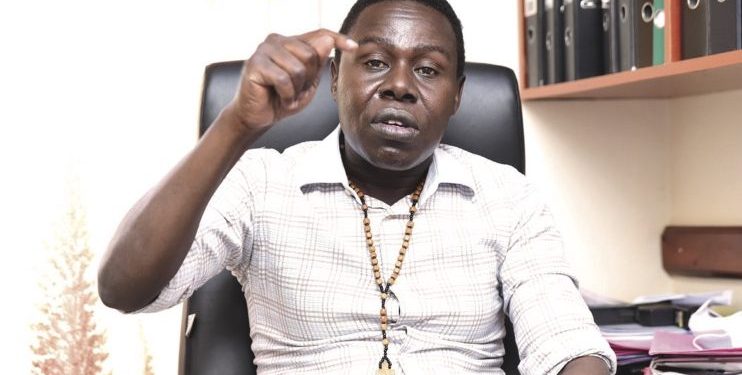 Ugandan herbalist who developed herbal formulas that authorities endorsed for the treatment of cancer and diabetes, has received death threats over his drugs.

In a new report filed by The New Vision newspaper, David Ssenfuka has received over two threats to his life from different people, and he has since reported the cases to Police.

The Police confirm that investigations into the matter are ongoing.

In the most recent case, a cellphone number registered in Belgium (+ 32460213349) was used to send WhatsApp messages to Ssenfuka threatening to kill him if he does not abandon his cancer and diabetes herbal drugs project.

“Our masters have decided it is high time we stopped you and your activities,” one of the messages read.

“You have changed your habit by footing even to distant places. Don’t doubt our capacity as we can follow you even at a police station or barracks,” another text read.

According to the police, some of the messages that were sent appear to have been sent after monitoring Ssenfuka’s movements.

The New Vision reports that the suspects seem to be well-versed with science as evidenced in their messages.

“These two diseases (cancer and diabetes) are as old as the world itself from the time man was created. You claim to have found a cure and don’t think you are the most advanced intellectual in contemporary science or conventional medicine to have braced this world,” another message read.

“You think the white men who discovered solutions to these diseases are stupid to have kept the solution to themselves?” the tormentors asked.

The suspects told Ssenfuka that the only way to save his life was to abandon the project on cancer and diabetes remedies.

When contacted by a local newspaper, Ssenfuka said he was still unshaken and determined on helping Ugandans overcome these diseases that have tormented many for years.

“I would think that if someone comes up with remedies like mine, everyone would support such a person for the good of humanity. Unfortunately, I am being threatened for saving lives. But I have informed the Police and I believe they will investigate and come to the bottom of this, and have those behind the threats prosecuted,” he said.

The threats directed at Ssenfuka come at a time when President Yoweri Museveni has directed his team of scientists to support Ssenfuka in developing his drugs so that they can go through clinical trials and be used in hospitals like any other medicines.

Under his company of Leonia, NNN-Medical research and diagnostic centre limited, Ssenfuka has been involved with mainly two herbal medicine clinical development plans.

The scientist’s herbal remedy to treat diabetes and cancer passed tests on product safety, and the Ministry of Science and Technology gave him the green light to carry out clinical trials.

A letter from the Presidential Scientific Initiative on Epidemics (PRESIDE), headed by Dr Monica Musenero, stated that an evaluation of the antidiabetic properties of the herbal formulation (SD2018) in animals has proved that the product is safe.

Born in 1984, Ssenfuka discovered diabetes and cancer cure when he was taken to leave with his maternal grandmother in Kibinge, present-day Bukomansimbi district after his parents separated. His grandmother was a renowned herbalist who used to treat several ailments.

His grandmother passed on in 2008 when he was around 24-years old.