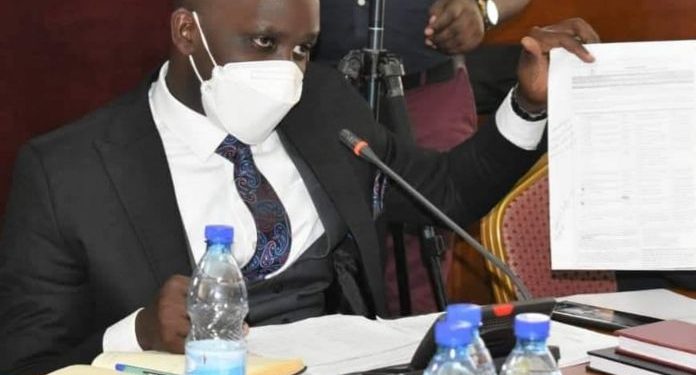 With on-going allegations stating that there’s corruption within COSASE making rounds, the committee Chairperson Joel Ssenyonyi has today addressed the matter through his social media pages.

“I have seen some charlatans alleging that there is corruption within COSASE, simply because our report is not yet out,” Ssenyonyi stated.

He revealed that last year COSASE only operated for  two and a half months that was from October to mid-December.

Ssenyonyi also stated that from  June to September, there were people within the August House that kept fighting to see that they don’t investigate certain entities though he maintained that after many hurdles they eventually beat those machinations started work on October 5 2021.

He explained that Parliament suspended activities of committees till February.

“As 2022 commenced, Parliament suspended the activities of Standing Committees (including COSASE) till February so that Sectoral committees first process the budget framework paper. When we resume in February, we shall finish the remaining bits and then present our report before Parliament,” Ssenyonyi said.

He also warned the people spreading the propaganda.

“I hope the falsehoods and propaganda are not being engineered by one of the entities we are investigating, because that will only escalate their problems,” Ssenyonyi said.

He termed the matter at hand as one of the regime’s usual blackmail.

“One of the regime’s approaches has been to try and compromise everybody on the side of those opposing them. When they fail to compromise you, they resort to blackmail and propaganda in order to portray you as someone who is compromised,” he said.

The legislator also narrated how one of the Managing Directors of the entities the committee he is dealing with requested to meet him, a request he declined.

“This very week, a certain MD wanted to meet me regarding issues in his institution. I told him that he will meet the entire Committee when we resume. Why does he want to meet me in private?,” Ssenyonyi said.

He also narrated about a Christmas gift hamper which he asked the Parliament staff to return back.

“Yesterday afternoon, I found a Christmas gift hamper for me at Parliament’s reception from another entity. I asked Parliament staff to return it to the sender, because it would be improper for me to accept gifts from an entity which will soon have to answer queries before me,” Ssenyonyi said.

Ssenyonyi said that nothing will stand in the way of the committee.

“Nothing, and I mean nothing, not even blackmail or intimidation will stand in the way of our mandate as a Committee,” Ssenyonyi stated.