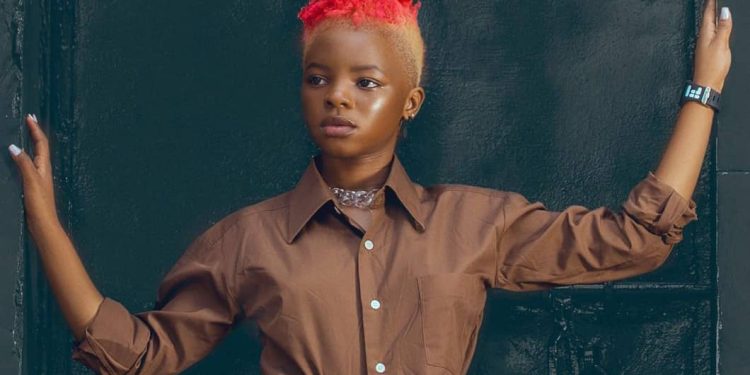 New Team No Sleep (TNS) singer, Rahma Pinky has revealed that she was not signed by the TNS music label to fight her predecessor, Sheebah Karungi  like people claim.

It’s no longer news that TNS head honcho Jeff Kiwa fell out with Singer Sheebah Karungi and even made a new signing for the TNS camp.

Pinky Rahma, the new signing has been a hot topic over the past few weeks as many fans claimed that she can’t replace Sheebah because Queen Karma is a big brand and many claimed that she is copying Sheebah’s style and voice.

Pinky who sounds more like Sheebah and many who have listened to her have interpreted this as direct competition to Queen Karma.

Pinky said that she has massive respect for Sheebah. She further adds that she has even never met Sheebah personally and her dream is to have a dinner date with the ‘Mummy yo’ singer.

“I have never met Sheebah but if she invites me for a dinner date , I can’t refuse,” Pinky said in an interview.

While speaking in an interview on NBS’ After 5 Shows, the new TNS 17-year-old recruit, disclosed on how she skipped three classes and sat form six at the age of 15.

This shocked the presenters of the show and asked her how could that be possible for a current 17-year-old to have finished senior six in 2020 at the age of 15.

However, the 17-year-old Pinky defended herself saying she jumped three classes including Primary Seven, a candidate class.

She went ahead and revealed the schools she attended.

“Primary I went to Lugoba Parents, O level I went to Kibibi Muslim and I sat my A level at London College,” She added.

She further praised her manager saying: “I know Jeff Kiwa as a big manager, I know him as someone that has potential,”