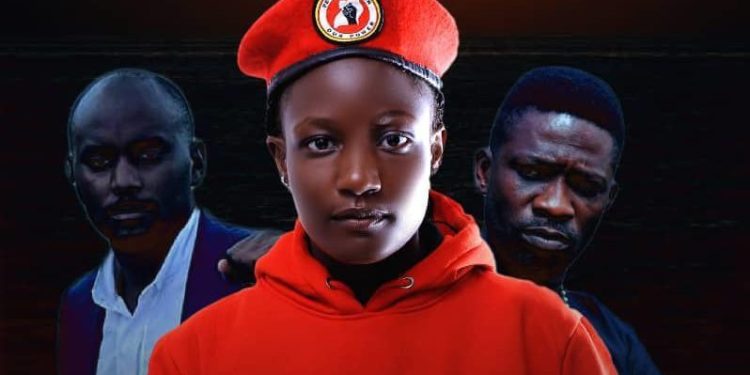 Tusiime Sara who has also branded herself as Sera the Activist, a Kyambogo University second-year student of Education has joined the Guild Presidency race under the National Unity Platform-NUP.

According to a report by Campus Bee, the NUP affiliated guild hopeful has been inspired by Loukman’s Netflix movie, The Girl in The Yellow Jumper, to label herself as The Girl in the Red Jumper.

Tusiime, who showed interest in the guild seat at the beginning of the semester (in December) has vowed to reawaken the struggle which she believes was betrayed by her predecessors. According to her diehard fans, the vibrant, yet inspirational young lady’s first step is to resurrect the spirit of the struggle within students which she thinks is dead.

According to her agenda, the future teacher will also revamp the students’ guild to be in a position of fronting NUP’s agenda of equal access to education services.

The NUP diehard also plans to work on long-lasting students’ problems like; delayed marks resulting from limited workforce (lecturers), abolition of late registration fees since registration was digitalized, among others.

Tusiime also plans to call for the revision of the retake policy to provide finalists with supplementary exams instead of waiting for a full year. Additionally, she will also push for the formation of an independent student’s account committee responsible for accounting for the guild expenditures.