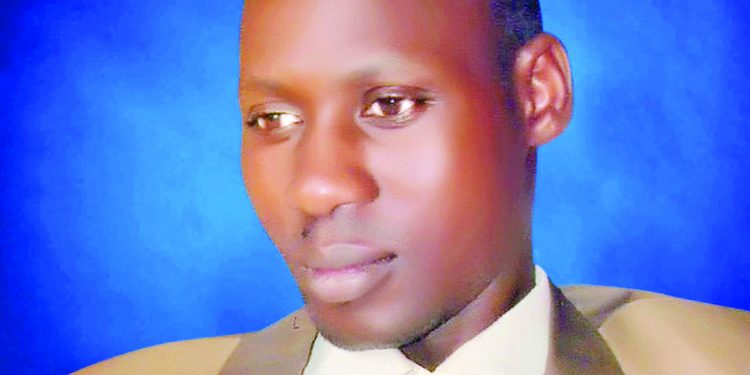 Pastor Alex Ssemanda of Power in the Grace Church in Bujuuko, Mityana Road who left home heading to Kyenjojo for God’s work was found dead in a Rubaga Lodge, from unknown causes.

According to Ssemanda’s wife, Prossy Ssemanda, her husband left home well and told her and the children that he was heading to Kyenjojo to meet up with some believers.

Prossy is yet to come to terms with her husband’s demise.  She is shocked that he met his death in a place far from the destination he communicated earlier to her.

Prossy said that she was very shocked to hear that her husband who had travelled to Kyenjojo from their home in Bujuuko Mityana, was found dead in a lodge in Rubaga, a Kampala suburb.

“He left home on Sunday after lunch.  He told me there were people he had to see in Kyenjojo very early the following day,” Prossy narrated.

However, some people said it can happen sometimes adding that maybe he was tired and decided to get a rest so that he travels in the morning.

The mourners were also surprised how a person who was travelling from Mityana road, heading to Kyenjojo, passed through Rubaga and others were saying that maybe it’s the hike in fuel prices which led to an increase in transport fares and therefore, the Pastor might have been looking for cheaper means of transport.

Ssemanda left his home last Sunday after leading the Service at his Church.

The management of Modern B Guest House in Rubaga where the pastor was found dead said that he reached their Lodge on Sunday at 11:00 pm, and paid for room number 37 for one night.

Allan Agaba, the Manager of the lodge said that the Pastor checked in alone, and in the morning when they found the room open, they thought that he had left.

So they checked the room to clean it but were left in shock when they found him collapsed prompting them to rush him to Mulago hospital where he was declared dead.

He was buried on Wednesday in Kakiri Hoima road. The police has intervened in the matter and they are doing investigations.