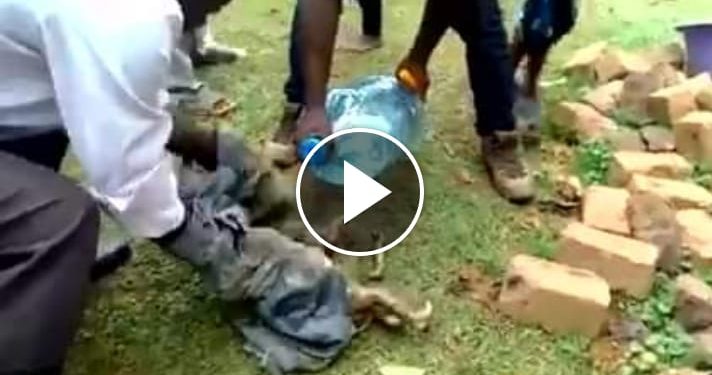 Police Fire Safety and Rescue team has saved a newborn baby that was dumped in a pit latrine by its mother.

Without divulging much information about the incident, Police says that they received an alert from vigilant locals after hearing cries of the baby in a pit latrine.

Four police officers rushed to the scene. They dug beside the latrine and one of the officers went down using a rope. The baby was rescued alive and rushed to the hospital.

The mother of the baby is yet to be identified but Police has already started investigations about the incident.

“Thanks, Fire Safety & Rescue team for saving the life of this baby that was thrown in a pit latrine,” AIGP Asan Kasingye said in a tweet.