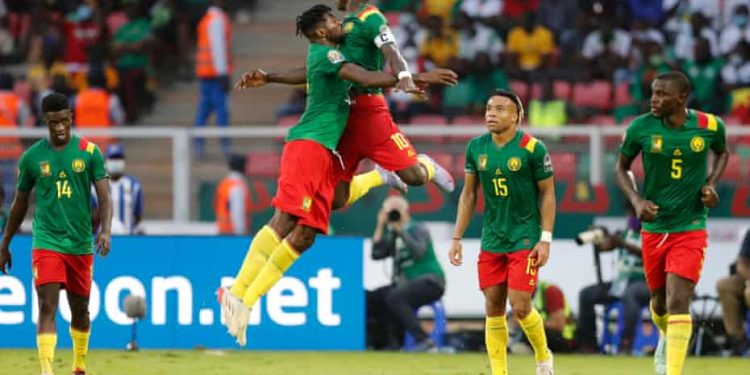 Going into the Africa Cup of Nations in Cameroon, Egypt and Ivory Coast were amongst the favourites. But for one of them, the tournament will come to a premature end on Wednesday as the two powerhouses of African football will face each other in the round of the last 16.

The clash between the Pharaohs and Les Éléphants is the stand-out fixture in the first round of the knock-out competition at the prestigious competition and sees players like Mohamed Salah, Mohamed Elneny, and Trézéguet take on Nicolas Pépé, Sébastien Haller, and Franck Kessié.

Pépé and Kessié were amongst the scorers in the West Africans’ final group game as a 3-1 win saw Patrice Beaumelle’s side knock out the reigning champions Algeria.

Egypt, meanwhile, has not been particularly impressive and has so far only managed two goals in their three games and was beaten 1-0 by Nigeria in their opening fixture.

They also lost right-back Akram Tawfik in that match with the Al AHly player tearing an ACL, which will see him out of action for several months.

Despite the setback, he is confident that the side can go all the way.

“All the national team players are playing for the title. We want to make our fans happy, it doesn’t matter who we play against, we are a strong team,” he said.

The Pharaoh’s coach Carlos Queiroz added that it did not matter how they played in the group stages.

The real tournament begins now, and everything is for the winner and nothing for the loser. We want to face the best because to be the best you have to face the big ones,” he said.

If Egypt v Ivory Coast is the stand-out fixture, the game between the hosts Cameroon and footballing minnows Comoros is the stuff that dreams are made of.

The hosts are the top scorers in the competition so far, with captain Vincent Aboubakar grabbing five of the seven goals his team has scored. Having scored in all three of Cameroon’s matches so far, the striker equaled Samuel Eto’s record of finding the net in three consecutive matches at the AFCON finals.

Eto’o also holds the record of top-scoring for Cameroon, having been on target five times in the 2006 and 2008 finals. Standing on five goals already, Aboubakar could well break that record.

The island-state, meanwhile, is participating on the big stage for the first time in their history and only came into contention for a place in the knockout rounds with a stunning 2-1 victory against Ghana, that sent the Black Stars crashing out.

After beating Ghana, Les Coelacantes had to endure some anxious moments to see whether they would qualify as one of the best third-placed teams and it was only on Thursday that Algeria’s defeat and Equatorial Guinea beating Sierra Leone in the same group ensured Comoros’ progress.

Comoros is not the only first-timers that have acceded expectations and moved into the knock-out stage. Gambia celebrated their first-ever participation in the tournament with a stunning victory against Tunisia – a result that kept the North Africans in third place.

The Gambians face Guinea in Baffoussam on Monday.  Another team enjoying a fairy tale run is Malawi, which is competing at the finals for only the third time. They held mighty Senegal to a goalless draw in their final group game to earn the right to take on Morocco in the knock-out stages.

Senegal, whom many also see as potential winners, have not been all that impressive and the only time they have been on target so far in the competition is Sadio Mané’s goal seven minutes into injury time against Zimbabwe for a 1-0 win. Two goalless draws in their other game saw them top their group and earned them the right to take on Cape Verde in the knock-out stages.

The only team to win all three group games is Nigeria, prompting coach Augustine Eguavoen to sing his side praises.

Eguavoen and his squad will have their work cut out for them in the knock-out stage as they face a tricky encounter against Tunisia.

In other matches, Gabon, who are without their inspirational captain Pierre Emerick Aubameyang, open proceedings in Limbe on Monday against Burkina Faso, while Mali takes on Equatorial Guinea.

With a place in the quarter-finals at stake in the eight matches, it is hardly surprising that the world will be watching.

And African football fans do not need to miss out as the best African countries go head to head at the finals of the Africa Cup of Nations as the games will be shown live and exclusively on the StarTimes channels.