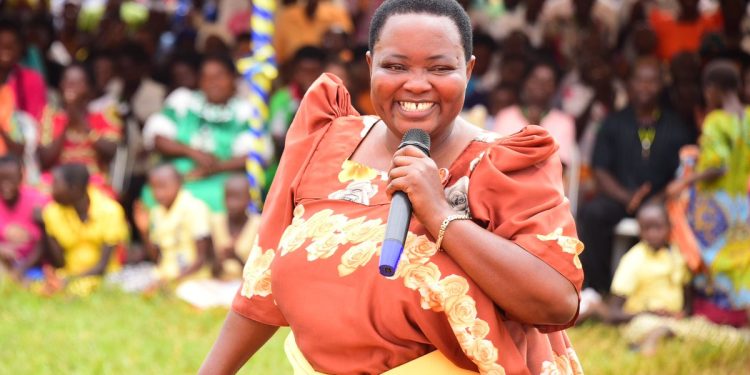 The Ugandan social media landscape has grown popular over the past few years not only for its basic need of it but also, for the hilarious content that has become a Ugandan staple.

Ugandans on the internet were treated to an early weekend dose of humor when a viral behind-the-scenes video clip of Prime Minister Robinah Nabbanja forgetting her address mid-way an interview before slipping back in her chair in yet another humorous mishap.

The clip was fodder for debate when the head minister who starts off on a stern note veer into a light and laid-back tone when she admits to having no other words to continue with the address, “eby’okwogera bimbuze”.

The video caused an uproar and mixed reactions on the internet with some calling it incompetence while others were lauding the Minister for simply being human.

The latest word has it that the journalist who was in charge of leaking this content has been allegedly suspended from duty.

Ivan Kaahwa, a UBC journalist, has been suspended on grounds of allegedly, embarrassing the Prime Minister.

According to sources, he was suspended on the orders of the PM who has also threatened criminal charges against the entire crew that was at her office.

According to Ivan Kaahwa’s Twitter profile, he is an investigative journalist, lecturer, award winner, producer, and communications analyst.