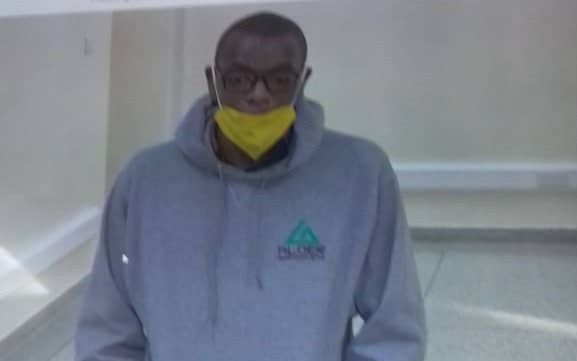 Two weeks ago, the writer was remanded to Kitalya prison on charges of using social media and making abusive, derogatory and belittling tweets against First  son, Gen. Muhoozi Kainerugaba and President Museveni.

Today as he appeared for the mention of his case, his lawyers led by Eron Kiiza made a bail application before trial Chief magistrate Dr. Douglas Singiza.

Aside from presenting sureties, Kakweza’s lawyer based the bail application on a medical report that showed that Kakweza is a torture victim with healing scars in the back adding that it would be just to release him and he seeks medication from a facility of his choice.

A prisons medical report that made rounds on social media states that the novelist had torture marks before he was taken into custody.

“The medical re-examination was requested for on January 13 and carried out on January 14 at Kitalya  Mini Max Prison found the 33 year old  male prisoner remanded at Kitalya with complaints of healing scars of wounds sustained before being remanded to prison,” read in part the prisons medical  report signed by Dr. James Kisambu on behalf of the Commissioner General of Prisons.

“He also had healing scars on the buttocks, thighs and hands for which he is on medication,”  the report further states.

Kakweza was on the December 29 2021 arrested from his home in Kisaasi Central.

BETTING TIPS: You want to go 'waweru'? try out these tips