SONG REVIEW: Sheebah has moved on to new greater things and her latest song says it all 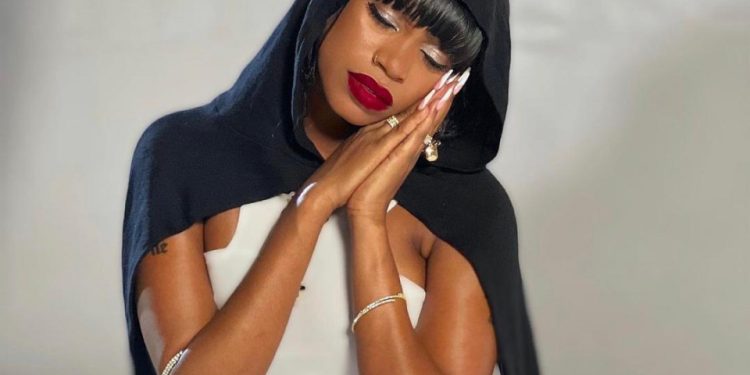 It is no longer news that Sheebah Karungi parted ways with music management mogul, Jeff Kiwa, who undoubtedly ran the most significant and most successful part of her career.

While speculation continues to soar in entertainment circles over Sheebah’s next chapter, it is evident that the ex-TNS star is channeling her efforts towards new beginnings.

Queen Karma’s departure from TNS might have been a symbolism, “new year, new Sheebah.”

What else could explain her new heartfelt and reflective psalm, “Mukama Yamba”?

As the adage goes, before anything, God comes first. Sheebah has offered her new chapter, post-TNS, to God and she does it at a very ripe time, the genesis of a new year.

In a recent revelation, Sheebah remarks that she no longer has time for cheap gossip as she is focusing on her girl child-based initiatives, business, and growth.

This song introduces Sheebah in a new light, repentant, grateful, purposeful, and immensely evolved in vision.

In this song, Sheebah looks ready to move on to the next chapter, but then again, seems to be reflective, vulnerable, and thankful for the good, bad, and ugly that led to this moment.

Sheebah enlists filmmaker Sasha Vybz’ services as he fuses the visuals with lots of moments and memories from Sheebah’s past.

Stage performances, charity drives, excerpts from old videos and photoshoots, and her various chapter in life.

Sheebah is placed in a cinema as she watches the story of her past unfold. Is Sheebah reflective, is she repentant? Only time can tell.

One thing for sure is that she acknowledges the past and she is leaving that all behind her to move on to new beginnings.

SONG REVIEW: Sheebah has moved on to new greater things and her latest song says it all