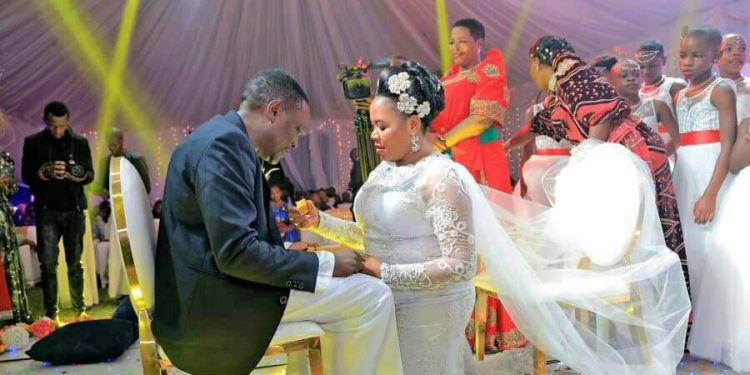 Renowned gospel singer and former Member of Parliament for Buikwe District, Judith Babirye has come out and apologised for contracting a second marriage saying it was not right.

The ceremony that was held amidst tight security was attended by the then Vice president Edward Ssekandi, a handful of Church leaders among other dignitaries.

After just 17 months, Court allowed Sebulime and fellow legislator Judith Babirye to divorce each other.

Before court could dissolve their union, Sebulime had already made up with his former wife Lukiya Ntale.

However, in a viral video published on Babirye’s official Facebook page on Sunday, the ‘Yesu Beera Nange’ singer apologized to God, Sebulime’s wife, and Ugandans at large. She said that she is taken as a role model by many and therefore she felt it wise to publically come out and apologise.

The 44-year-old singer also asked Ssebulime’s wife to forgive her saying what she did was not right.

“And lastly, but most importantly I want to apologize to Miss Lukia Ntale. Forgive me. I don’t know how much I can stress this, but I am so sorry.

Find space in your hearts to forgive me. Forgiveness is divine, I know it is not an easy thing, but I beg you, may God grant you grace to forgive me,” she said.