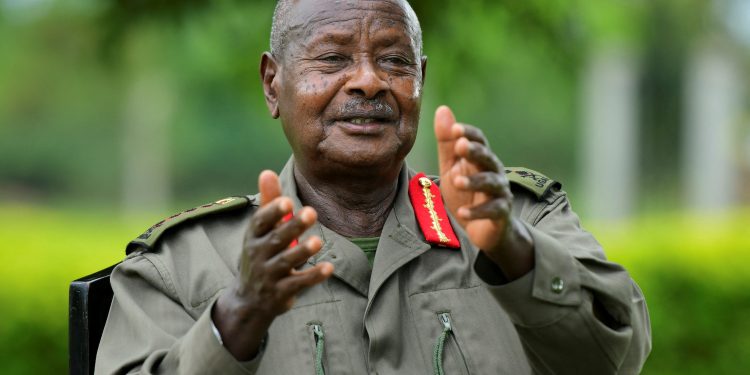 Following reports revealing that the government is planning to amend the constitution where only Members of Parliament will vote for the Head of State, President Yoweri Museveni has come and said that he will not support the proposal.

According to the report filed by New Vision on Sunday, Museveni made it clear that it should be the whole of Uganda to vote for their President, not only Members of Parliament.

“It narrows the legitimacy of such a President. It should be the whole population so I don’t support that proposal and I will not support it,” Museveni said.

The government’s plans of changing the constitution to abolish the popular presidential elections by the public, so that the president is being elected by the Members of Parliament were disclosed by the Deputy Attorney General Jackson Kafuuzi while appearing before the Constitutional Review Commission.

Kafuuzi further added that if it is what Ugandans want, then as a government they need to make it happen. He made strong reference to the age-limit and term-limits removal that were changed among other previous amendments.

Earlier this year, Members of the ruling National Resistance Movement (NRM) Caucus, gov’t Chiefwhip Thomas Tayebwa, and the Minister for Agriculture Frank Tumwebaze came out and said that they are ready to kickstart consultations with stakeholders on the rumoured constitutional amendments that will give MPs the mandate to vote who becomes the president.

Meanwhile in Uganda, the President is elected by people through elections every five years, with the winner needing to receive over 50% of the votes.