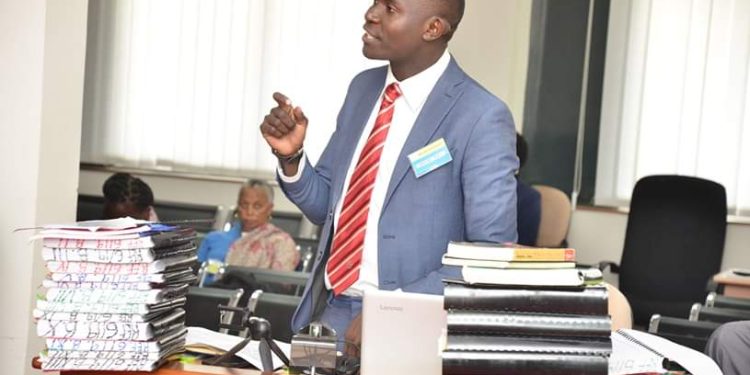 City lawyer Male Mabirizi has arrived at Entebbe court to process the cancellation of Pastor Bugingo and Susan Makula’s bail.

Last week, Entebbe Court Grade One Magistrate Stella Okwang, charged Bugingo and Makula for allegedly contracting an illegal traditional marriage ceremony before granting the duo a cash bail of Shs3 million each while their sureties were ordered to pay Shs10 million.

However, Mabirizi is challenging their bail saying he wants the two to be remanded in order not to interfere with witnesses since some work for their Salt media company.

He also says that Pastor Bugingo has been threatening to kill him and was very disappointed in the magistrate for not considering his affidavit adding that it was a lawless proceeding.

He wants their bail to be nullified stating that Bugingo is a very dangerous man.

Mabirizi has further declined to obey the DPP’s request ordering him to give in his evidence pinning the couple of having entered a void marriage.