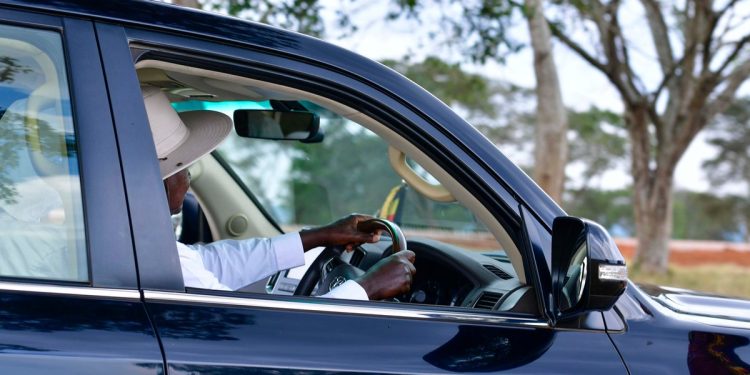 City lawyer Male Mabirizi has written to the Ministry of Works and Transport asking them to avail him with a copy of President Museveni’s driving permit.

In a letter dated January 24, 2022, Mabirizi wrote to the ministry’s Permanent Secretary asking for a copy of the president’s valid driving licence.

“I address you in my capacity as a civically active Ugandan with a citizenry duty under Article(1)(d) of the Constitution to protect and preserve public property and with an inherent fundamental human right under Article 41 of the Uganda 1995 Constitution and section 5 of the Access to Information Act 2005 to access information in possession of public officers,” Mabirizi wrote.

According to the lawyer, he has on several occasions seen Museveni drive government vehicles yet he is “disqualified from obtaining a driving licence” given the likely impairment on his vision caused by his old age.

“I have several times seen Museveni drive government vehicles yet I know he is disqualified from obtaining a Driving Licence given likely impairment on his vision most likely caused by elderly age estimated to be around 80 years,” he said.

The lawyer says if Museveni has a valid driving licence, he has committed a crime under section 58 (1) of the Traffic and Road Safety Act which states that a person disqualified from getting a driving permit and is found with one commits an offence.

“If he has no licence, then he committed an offence contrary to section 35(1) of the Traffic and Road Safety Act which states that a person shall not drive any class of motor vehicle unless he or she is in possession of a copy of the valid driving licence in respect of that vehicle punishable by six months imprisonment,” Mabirizi says.

The controversial lawyer says by requesting Museveni’s driving licence, he intends to institute criminal proceedings against him for driving illegally.