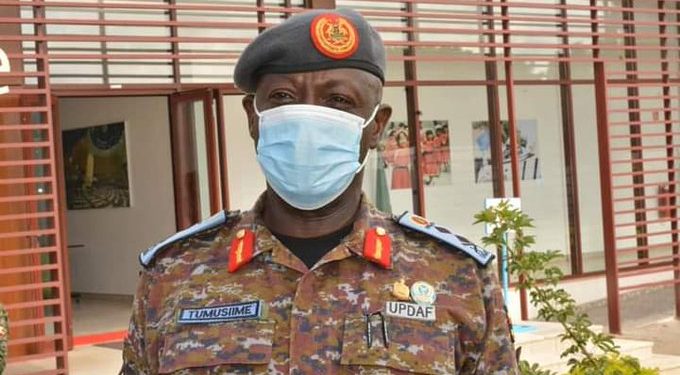 The news of his appointment was confirmed by Faruk Kirunda, the Deputy Presidential Press Secretary.

Maj Gen Katsigazi replaces Lt Gen Paul Lokech who died of a blood clot in August last year having been in the position for only eight months.

Who is Maj Gen Katsigazi?

Katsigazi is a Ugandan military officer and diplomat. He has been the Deputy Commander of the UPDF Air Force, since January 2020. Before, he served as the Defence Liaison Officer at the headquarters of the East African Community, in Arusha, Tanzania.

He also served in the past as Commander of the UPDF Motorized Infantry Brigade and as the Acting Chief of Staff of the UPDF Land Forces, among other appointments.

In January 2020, he took over as deputy commander of the UPDF Air Force, replacing Major General Gavas Mugyenyi, who was appointed Uganda’s military attache to India.

On 28 March 2020, he was promoted from the rank of Brigadier to that of Major General.