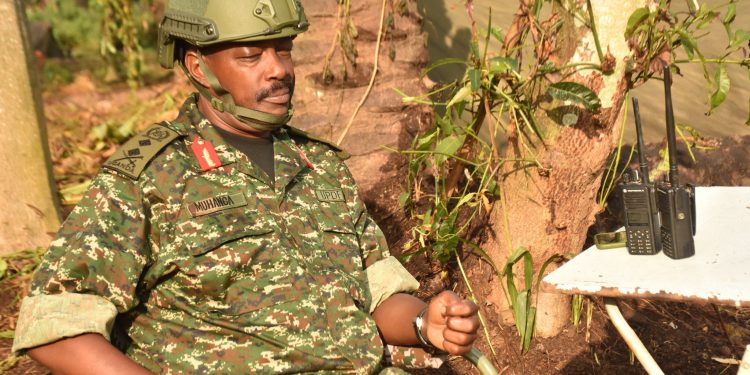 The Commander of the UPDF Contingent in Eastern DRC under operation code-named “Operation Shujja Maj Gen Kayanja Muhanga has issued a notice of intent to close the road to a school as it goes through his land.

In a letter written by the General to the school director, he notes that he is formally informing the director of his intentions.

He cites his security as a serving General in the UPDF due to the prevailing threats.

“I have seriously considered my security as a serving General in the UPDF due to the prevailing threats,” he notes.

He further adds that he wants to fully utilize his land for the benefit of his people.

“I also want to fully utilize this land for the benefit of my people. The dust that your vehicles transporting materials is causing health hazards to my family and visitors.

He further went forth and gave the school a period of two weeks to repair the road it initially used to during construction.