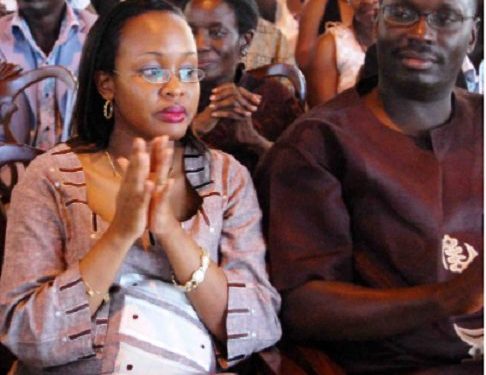 In new reports, Kiwewesi’s better half wants 50% of the family property, thousands of dollars in monthly upkeep, motor vehicles, and a lot more.

However, Kiwewesi, in rebuttal, has accused his wife of abandoning their marital home to settle in the United States.

Kiwewesi contends that Sasha left for the US, representing him as she was seeking US citizenship for their eldest daughter, Joanna.

He says shortly after going to California in the US, Sasha left the state without his knowledge and consent and relocated to Texas, where she has been living to date.

“Whenever the cross-respondent (Sasha) is around, she lives with friends or various hotels, the latest being Serena Hotel, Kampala in spite of attempts to persuade her to stay in the matrimonial home,” Kiwewesi contends.

Kiwewesi claims that while in Texas, Sasha enjoyed wild nights that were circulated in various video clips on social media, which attracted attention within the local and international Pentecostal fraternity and was a source of disrepute, embarrassment, and disgrace.