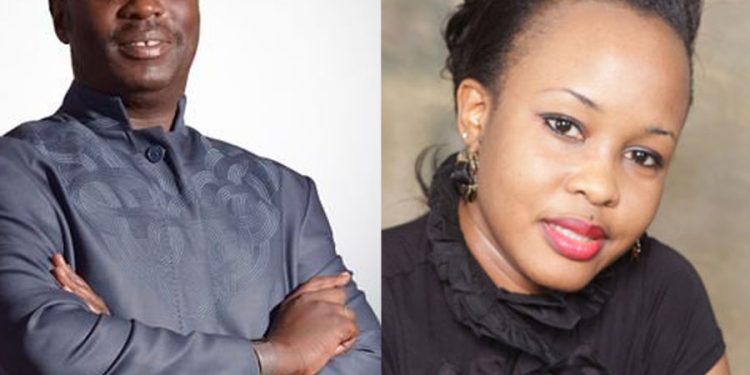 The divorce war between city Pastor Isaac Kiwewesi and his estranged wife Barbara Sasha Kiwewesi has taken a new twist.

According to findings by a local tabloid, Sasha, Kiwewesi’s wife is painstakingly high-maintenance and she has already started making outrageous demands in the wake of their divorce proceedings.

Barbra Sasha Kiwewesi has asked the Family Division of the High Court to direct her husband to give her $3,000 (Shs10.8m) monthly for healthcare, education, and other personal needs of the family currently residing in the US.

Sasha, who has been in the marriage with the pastor for 15 years, further adds that she is also entitled to 50% of their family property.

On top of that, she also seeks an order of joint custody of their children who are of tender age. They are Joana Kyobe, 12, Isaac Kyobe, 11, and Jaydyn Kyobe, 7.

The couple got married at Rubaga Miracle Center Cathedral on June 30, 2007, under the provisions of the Marriage Act. Their marriage was witnessed by William Kalyesubula, Winnie Mirembe Agaba, and Pastor David Makoko.

The couple’s marriage certificate seen by a local paper indicates that “What therefore God hath joined together, let not man put asunder. Mark 10:9.”

Sasha claims that five years ago, Kiwewesi changed his character and behavior towards her, resulting in the divorce case.

According to Sasha, Kiwewesi abandoned his matrimonial bed on several occasions without any excuse, thus denying her conjugal rights without any reasonable excuse.

Sasha also accuses the pastor of failing to communicate with her for several days and weeks, an act she says amounts to cruelty and mental torture.

Sasha further states that her husband has indulged in other activities and businesses and has failed to provide her and the children love, care and affection.

“The pastor’s actions have subjected me to psychological torture and immense suffering,” she contends.

Sasha says due to the pastor’s unexplainable conduct, their marriage has irretrievably broken down despite her numerous attempts to mend the relationship.

The petitioner claims that her husband’s conduct prompted her and the children to relocate temporarily to the US for their own safety and happiness.