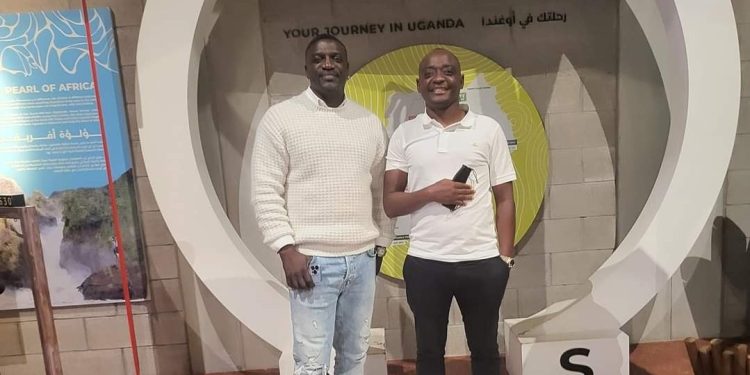 Singer Akon who was recently offered land for his Akon City project in Uganda met with businessman Hamis Kiggundu at the Uganda stall at the Dubai Expo.

Hamis Kiggundu, 37, is Uganda’s most prominent youthful businessman. He is the CEO of the Ham Group of Companies. The youthful entrepreneur has made his money from investments in real estate, education, technology, agro-processing among others.

Meanwhile, Akon has an ambitious plan to build Akon City in Uganda. The project will feature amenities such as shopping malls, stadiums, and recreational facilities, and will operate under his cryptocurrency Akoin.

The costs of construction or date of commencement have not been disclosed. However, the project is expected to be completed by 2036.

Viral photos of Mzee Jjemba and a young lady; could the old man be paying the price for Spamania Wellness center's contribution towards his house?