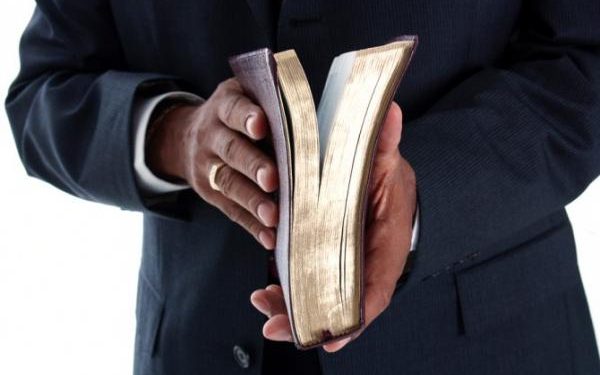 Police in Mbale has arrested aPastor for allegedly defiling and impregnating two teenagers from the same family. The suspect is Pastor Israel Wamoto of Prayer Alter Church in Mbale district.

Pastor was picked up on Tuesday after police was tipped-off by concerned citizens. According to available information, Pastor Wamoto picked the 14 and 17-year-old victims from their parents in Bunamono village in Luhongye sub-county in Mbale district to pray for them but instead turned them into his wives.

Paul Welishe the father to teenagers, says that his daughters started praying in Wamoto’s church and they assured him of their safety. He however says that as days went by, the teenagers started skipping returning home.

According to Welishe, Wamoto disappeared with the 17-year-old girl last year and only returned after a long search. He says that they later discovered that she was cohabiting with the pastor, which prompted them to notify the police who arrested him.

Upon interrogation, the teenager told police that the Pastor was sleeping with her together with her little sister.

Richard Mutaama, a resident of Bunamona village says that the pastor took advantage of the lockdown to sexually abuse the girls who were seeking spiritual guidance from his church.

Okello Odia, the LC I chairperson of Bunamono village says that Wamoto came to the village as an innocent man and they welcomed him to establish a church but they got surprised when he started eloping with peoples’ wives and children.

He said his arrest was long overdue because he had received several complaints from the residents about his irrational behavior. The pastor is currently being held at Mbale District Police Headquarters in Busoba sub-county as investigations are ongoing.

The Elgon Region Police spokesperson, Rogers Taitika was not readily available for comment on the matter as he could not pick up nor return our repeated calls.