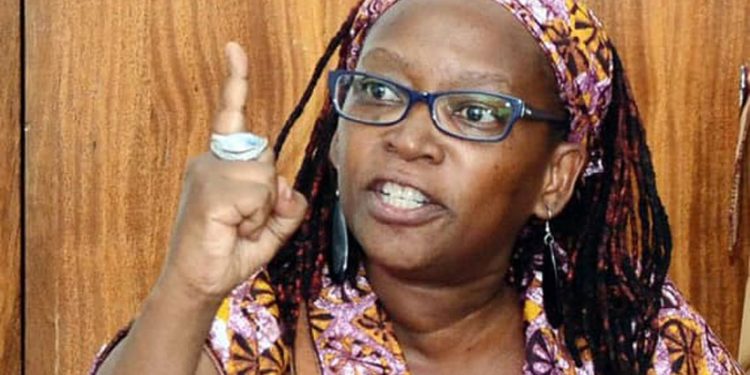 Stella Nyanzi ’s rebellious character is being told beyond borders.

Days after fleeing the country for Germany on grounds of artistic freedoms and expression, Stella Nyanzi yet again has reason to smile after being featured for an exclusive interview with international publication, The Guardian.

In the interview, Stella Nyanzi is labelled Uganda’s rudest poet by the publication, at least, based on the interview’s headline.

‘I’m free at last’: Uganda’s rudest poet on prison, protest and finding a new voice in Germany, the headline reads.

In the interview Stella Nyanzi talks about challenging Uganda’s President from Germany, her new home and why she had to leave the land she loves.

The article further delves into Nyanzi’s new life in Germany and the challenges that come with it. From navigating the TV and the internet in a different language to finding the right school for her three teenagers.

The tale as well gets into Nyanzi’s struggles and tribulations in fighting what she describes as Museveni’s dictatorship.

Nyanzi has been pre-occupied by social media posts about the arrest, oppression, and freedom of writer Kakwenza Rukirabashaija and a substantial section of the interview revolves around her recent obsession.

Despite having fled to Germany, she notes that she eventually wants to return and work in Uganda but only if the political climate gets as favorable as she is advocating it to be.