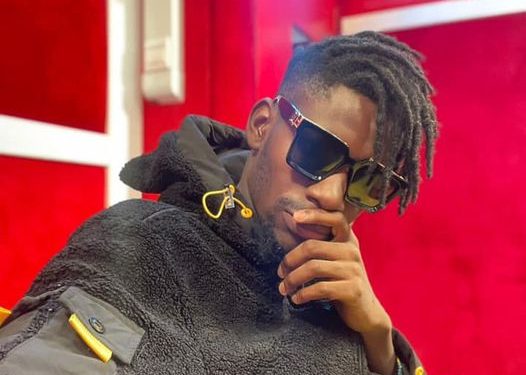 To many, new vocalist on the block, Liam Voice is an incredibly unique singer. Not even the long entertainment shutdown could stop the rising star from breaking through.

Matooke Republic had a tell it all interview with the vocalist who revealed the woman who inspired him to write his hit song ‘Omwoyo’, his education level, background and so much more.

Who is Liam Voice?

My name is Liam Voice. I am absolutely a singer/songwriter from proud Africa /Mama Baba entertainment. I was born on April 25, 1998.

What is your education background?

I studied from Nursery up to form four then I dropped out of school.

Where did you grow up from?

I grew up in Kitebi Rubaga.

When did you start singing?

How long did it take before you got a breakthrough?

It took like three to four years to make a breakthrough.

2021 was a strong year for you, how would you sum it up for yourself?

The truth is 2021 has not been an easy year for me and I believe it has not also been easy for every artist because we were all locked but I thank God in those hard times he blessed me with two hit songs that include ‘Bus’ and ‘Omwoyo’.

You have a song titled Omwoyo. It’s a great song and one of the biggest jams right now. Tell us details about what was invested into the making of that song, when did you begin work on it and where did you get the idea?

The ‘Omwoyo’ song was inspired by my mother because she has been there for me right from childhood up to now, so that is one person whom I cannot forget. That is why I sang that even if she is leaving the world, my soul will remain to fight for her.

I did it as a love song and I did not want to specify it, I wanted something everybody could relate with because other people have different people that have been there for them so that is how I got the idea.

When people discuss your music, they tend to gloss over the uniqueness of your songwriting and voice. How was that developed?

I worked with Goodlyfe for one and a half years. I was trained by singer Chagga. I already had talent but Chagga groomed me, he taught me a lot of things. He mentored me to be a good songwriter and a vocal list as well.

You’re grabbing people’s attention now. How has that changed you? How are you processing all the love you’ve been getting from listeners of Bus and Omwoyo?

Getting People’s attention I believe it is God’s grace and I am really humbled. I thank God for who I am now. People have accepted me, they have shown me love and sometimes it’s too much for me to handle. You know fame is not easy to handle but I thank God I am still humble, sometimes I meet people and they cry for me because of their love.

Is the COVID-19 situation a curse or a blessing, because we know you made your breakthrough during lockdown?

What advice do you have for young musicians who want to follow in your footsteps?

They have to be disciplined, God-fearing, and then focus on doing good music.

Most people attribute every rising star’s talent to the influences of Mowzey Radio, Do you see any truth to this in your own pursuits?

I heard many people saying this and it’s true most of the young artistes were inspired by Mowzey Radio though it’s different on my side because I used to listen to every musician and I really love late Radio but I never wanted to be like him. I was inspired by myself and I want to be myself but many people say we have many things in common and I believe it’s because I was trained by Late Radio’s teacher Chagga.

According to critics, Uganda’s music industry is at its all-time lowest, what does that mean to you as a game player in this day and age?

I don’t agree with that. Our music is not at its lowest, It’s just growing from down, this industry is still young and we have worked hand in hand with fellow artists to see that we rise the thing high.

I can’t share my goals unless they come true. At this moment I keep my goals and dreams silent. I just want to make my country’s flag go high.

What do you have in stock artistically this year?

A lot of music includes big collaborations from international artists and local artists so I have a lot in stock.

Any word to your fans?

My fans whenever you are, I want to let you know that I love you so much, I appreciate the love you give me and I promise never to let you down and I am going to give you more beautiful music.