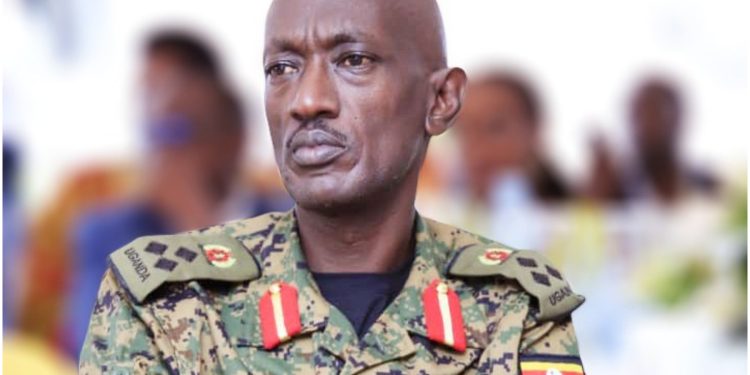 A few days ago, as Gen Yoweri Museveni, the Commander in Chief of the armed forces rallied the world to visit Uganda, being one of the most naturally gifted nations on planet earth, he maintained that security as a priority to ensure the safety of tourists.

His assurance followed the full re-opening of the economy with the resumption of the entertainment and night economy last Monday. As Ugandans dust off their shoes, iron their clothes to storm the nights, after 20 months, they have little to worry since they are assured of safety as they toast to and reminisce 20 months of shutdown.

Ugandans as the President has always said, like the good life, partying and making merry. That is why we are known as the ‘Entertainment Capital of East Africa’.

And indeed social media buzz is all about- Kusimbula- slang for generally living the good life. But this Kusimbula, the 99.9% assurance that you will go out and return to your home unharmed, is protected by an often unseen, but ever-present support and sacrifices of some men and women― gallant Ugandans, who spend sleepless nights ensuring that we continue to live our lives to the fullest.

These are the men in charge of our peace. They have put their life on line protecting other lives. However, instead of being supported, they have received a bashing, demonized, called all sorts while executing their duties.

These men detect crime before it happens, hunt the perpetrators from all over the crevices and nooks of the country and sometimes beyond. In hunting for the enemies, in and outside Uganda, some have been attacked through sponsored propaganda, their families exposed to risks, witch-hunted and maligned.

But they have never bowed down; instead, they continue executing their duties with precision. Admitted, they make errors- like all of us do- but rather than receive emotional support, they are harangued, called all sorts of things- online and offline. Take, for example, the recent abuse of Lt. Gen. Muhoozi Kainerugaba, Commander of the Land Forces of the Uganda People’s Defence Force (UPDF), who was dragged in the mud by someone who calls themselves an author and activist with cheering by some sections of the public. Rather than call him out, the public only remembered to jump in after the long arm of the law sought to remind him that enjoyment of his freedom of speech, should not encumber the rights of other Ugandans. Another example is the recent sanctions by the American government on former CMI boss Maj Gen Abel Kandiho.

Whereas he said he was not bothered, the sanctions further have negative ramifications on his family members. But the same US, jealously protects its soldiers from any probing by anyone, even for possible crimes against humanity.

Such double standards. Who knows what and who is next?

How will our men and women in uniform- such as the UPDF officers in the Democratic Republic of Congo be able to carry on their responsibilities of protecting us from internal and external harm posed by the ADF terrorists if they are not assured of the support of their countrymen and women? We, civilians as we are busy “kusimbulaling”, our other brothers and sisters are sleepless in the jungles searching for the enemy. So far the UPDF operation in DRC has yielded fruits, several ADF camps, top commanders captured, recruits rescued, deadly weapons confiscated and many terrorists killed. The same ADF that had sent its suicide bombers to blow bombs in Kampala. But of course, in such a fire exchange, some of our brothers are injured and a few have lost their lives. Not forgetting that as the UPDF put their lives on the line in DRC, Kenya was sending delegations to seal business deals. An indication that UPDF considers the peace and stability of the region as a priority.

And of course, without forgetting the numerous successful UPDF operations against Al-Shabaab in Somalia, restoring sanity in South Sudan, the Central African Republic, and the Great Lakes regiona at large. But as an attack on UPDF intensifies, the detractors single out the performing officers and their organizations to distract them with malicious propaganda and fake news campaigns.

For example, Uganda’s CMI and its former boss who have previously done incredible acts of sacrifice to hunt the terrorists down, arrest and hand them to relevant authorities for further management have been subjects of these targeted campaigns.