BEBE COOL: Let’s give credit where it’s due, Muhoozi has a right to challenge his father in leadership 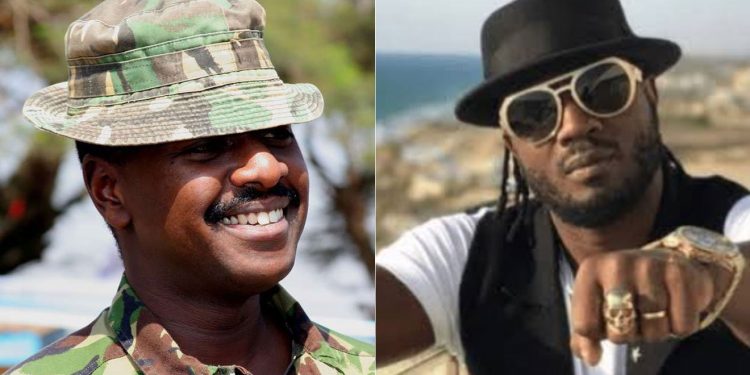 Early this week, the Uganda-Rwanda border was finally reopened following three years of closure. The milestone was registered after the first son Lt.Gen. Muhoozi Kainerugaba met with the   President of Rwanda Paul Kagame.

Muhoozi registered a major milestone that  Head of States  and diplomats  had failed to solve in the last years since the Katuna- Gatuna border was closed in February 2019.

With everyone wondering if  the First son is trying out on his father’s hat and preparing for the ‘Muhoozi project’ or  if he was just on Presidential errands, Matooke Republic asked yellow boy Bebe Cool on his view on the Muhoozi- Kagame   fruitful meeting.

“Lets give credit where its due .Muhoozi can have his weakness but you must know he has his strong points too and I think Ugandans are about to be surprised by him once he starts to open his cards on the table,” said Bebe.

He also stated that Muhoozi has a right to challenge his father in leadership.

“I believe he also has a right to challenge his father in leadership so why would people think it’s the Presidents errand,” said Bebe.

He added, “Take a good example of me, would you attribute my success to my father? That would be madness”.

Bebe further stated that Muhoozi has been around so many leaders adding that as a young man he has had the opportunity to learn the old way of leadership and integrate it into the new era needed to solve today’s problems of a young, vibrant and technological nation.

Hajji Haroun Muwonge, a selfless hustler that helped many, and rose through the ranks to become the face of Uganda’s best discotheque- Club Guvnor rests

Hajji Haroun Muwonge, a selfless hustler that helped many, and rose through the ranks to become the face of Uganda’s best discotheque- Club Guvnor rests