Here is Arua Hill Complex, the stadium expected to change the face of Ugandan football 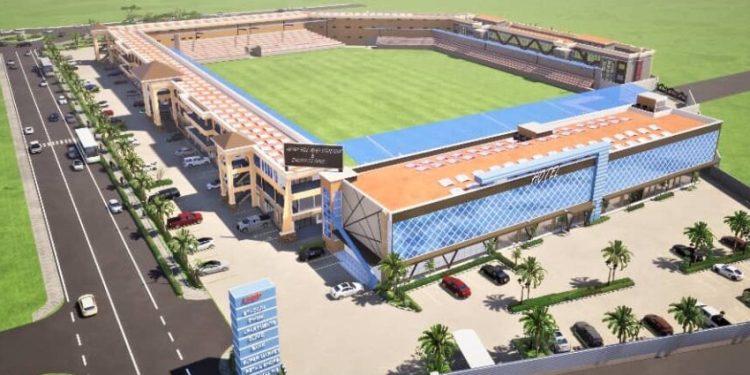 St Mary’s Kitende Stadium, a private facility owned by Dr Lawrence Mulindwa, is the only approved stadium in Uganda that can host international football events.

In 2020, the Confederation of African Football (CAF) disqualified Namboole Stadium from hosting international football games as it failed to meet the required standards.

However, the sports fraternity experienced a sigh of relief as the government officially handed over the renovation duties to the UPDF Engineering Brigade. This is one step the authorities have taken to address the sorry state of stadiums.

Nonetheless, more good news coming in indicates that completion of the Arua Hill Complex Stadium is at 75 percent.

The multi-purpose sports and business complex is located next to the Arua City Monument at the roundabout on Pakwach Road in Arua City.

The $12m (Shs43 billion) complex that sits on 9.7 acres of land has been under construction for now two years. It is expected to be completed this year around May.

On completion, it will be a 20,000 seater with a vast business park. According to the authorities, this kind of setting is intended to ensure the stadium’s financial viability beyond football.

The business park will comprise of a modern football stadium with artificial turf, two, three, and four-star hotel blocks, volleyball, netball, basketball, and tennis courts as well as a 25m swimming pool among other amenities.

Opposition MPs walk out of Parliament in protest of torture

Opposition MPs walk out of Parliament in protest of torture