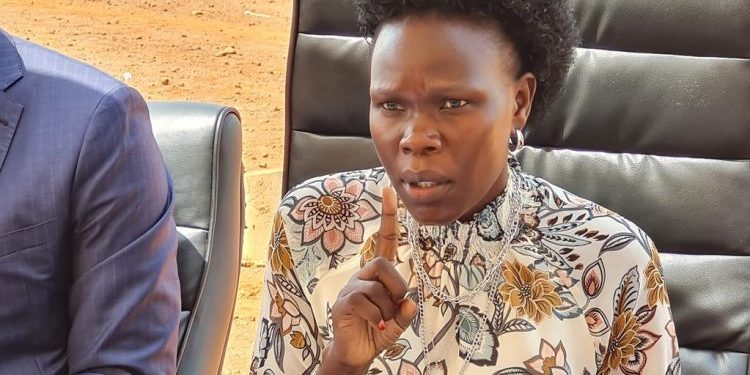 The Ugandan government has withdrawn free land from investors who had been holding onto the land for over ten years without any development.

According to the former Koboko Municipality Member of Parliament and current Minister of State for Investment and Privatization, Evelyn Anite government has withdrawn land that was allocated to five investors in the Namanve Industrial Park for failure to put it into use.

She said that the investors were penalized after it was confirmed that they had held onto land for over ten years without any development contrary to set regulations.

Anite added that, 387 acres of land in several industrial parks will be taken back by the government after some of these investors failed to utilize the land.

“We are withdrawing land from investors who have failed to develop it and giving it to investors who want to set-up industries. They will be given a chance when they are ready. Land is a scarce resource and we have to put it to good use,” Anite said.

Some of this land is located in Luzira, Masindi and Namanve Industrial Parks.

Anite also warned investors who are not serious that any future repossession will come with heavy penalties.

“This is not the first time we are withdrawing land from those non serious investors. We have withdrawn the land from these quack investors before and we didn’t issue any penalty but this time it will come with a cost because you have to recover the money the government is spending” Anite said.

Anite stated that the government has decided that if an investor is given land in an industrial park and they develop it up to 30% domestic and 70% foreign one can mortgage his or her interest in it.

Morrison Rwakakamba the UIA board chairman, said they want to see more domestic investors and this can be an individual, a savings and credit cooperative, an investment club or a group of individuals among others.

“UIA with guidance from President Museveni is laser-focused development of industrial parks. We don’t want open spaces but industries. We want to accelerate domestic investment, ”said Rwakakamba on withdrawal of undeveloped land in industrial parks.

The move has also been confirmed by the director general, Uganda Investment Authority, Robert Mukiza who said that they are taking industrial parks to the regions and they want more Ugandans to invest and own industries.