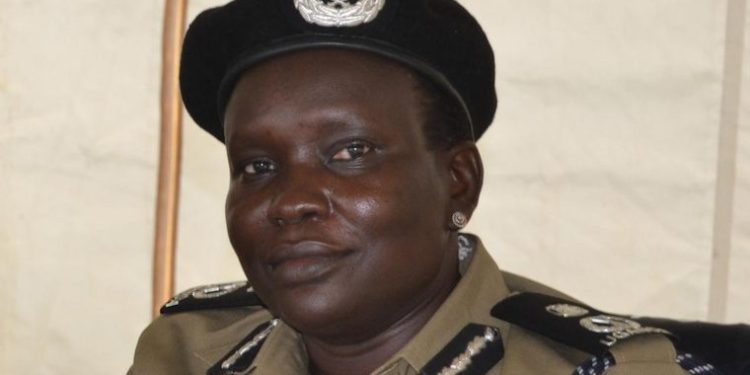 In a recent reshuffle, President Yoweri Museveni relieved AIGP Grace Akullo of her duties as the Director of the Criminal Investigations Department (CID) of police and replaced her with Tom Magambo, who has been serving as Director of Intelligence Analysis in the Internal Security Organisation-ISO.

Having served at the helm of the CID operations for a decade, Matooke Republic has profiled some of the top investigations that Akullo handled during her tenure.

She then steadily rose through the police ranks, and was in 2012 promoted to Assistant Inspector General of Police (AIGP). Akullo was appointed CID Director in September 2011.

Below are some of the successful cases that Akullo and her team handled.

Akullo became famous when she took on high-profile corruption cases, her first case involving Geoffrey Kazinda, a principal accountant in the Office of the Prime Minister.

Kazinda is currently serving a 15 year jail sentence upon conviction by the Anti- corruption Court for illicit enrichment including his alleged unexplainable possession of wealth amounting to Shs 4.6 billion. He was first arraigned in Court in 2013 on account of the OPM scandal in which Shs60 billion was stolen.

The Pension scandal is believed to be one of the biggest corruption cases in the country’s history.

The three senior officials enriched themselves by paying pensions to pensioners whose identities were forged from scratch for their benefit.

Lwamafa, Christopher Obey and Kunsa, were indicted with 10 counts that include causing financial loss, abuse of office, false accounting, conspiracy to defraud and diversion of public funds. They were accused of irregularly budgeting Shs88 billion for NSSF and paying it to ghost pension pensioners.

In 2009, UBC leased a two-acre piece of land at Kibira Road for 49-years to a private company, Extreme Innovations Ltd, whose directors are Mary Karooro Okurut and Margaret Muhanga. Eight months after the acquisition of the land, they allegedly sold it to a Chinese investor at $150,000 (about Shs5 million).

The purchase is said to have not followed procedures laid down by the Public Procurement and Disposal of Assets Act. In 2016, Hon. Muhanga surrendered back the land title to the government entity.

Akullo is also remembered for her role in the commission of inquiry into the Kasubi Tombs fire as the commandant of the Special Investigations Unit.

Akullo is also credited for supervising investigations that led to dismantling over 20 criminal gangs that were kidnapping girls and women, targeting special hire drivers, Boda-boda riders including those that kidnapped and killed cashier Susan Magara in 2017 and social worker Maria Nagirinya in 2019.

However, Akullo is also said to have left a number of cases like the murder of the muslim clerics, Joan Kagezi’s death, Hon. Ibrahim Abiriga murder, unanswered.

AFCON: Senegal gov’t rewards Shs305m, land to each member of the squad that won the nation’s first-ever AFCON title