Why Janan Luwum is celebrated? 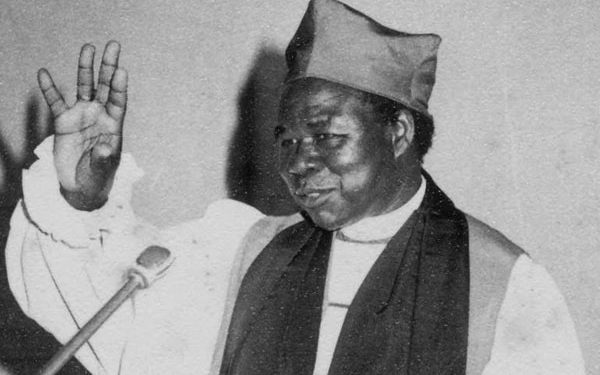 Born in 1924 in Mucwini, Kitgum district, Janani Jakaliya Luwum was the Archbishop of the Anglican Church from 1974 to 1977 when he was murdered.

In 2015, President Yoweri Museveni declared February 16 a Public holiday in his honour.

At the time of his demise, Luwum was the second Archbishop of the Church of Uganda, Rwanda, Burundi and Boga-Zaire.

The Public holiday is dedicated to the life and service of the former archbishop of the Anglican Church of Uganda, who was murdered on the orders of the then-President Idi Amin Dada.

Luwum was murdered at Nakasero by President Idi Amin Dada’s soldiers shortly after he delivered a note of protest to him against the arbitrary killings and unexplained disappearing.

He was then arrested, accused of treason and killed at the age of 55 leaving behind his wife Mary and nine children.

Although the official account describes a car crash, it is generally accepted that he was murdered on the orders of then-President Idi Amin.

Why is he celebrated?

Luwum was a leading voice in criticizing the excesses of the Idi Amin regime that assumed power in 1971. He is remembered for the courage with which he lived life.

He is honoured for being a uniting and healing force within a broken Anglican Church of his time and a country in terrible agony during Amin’s regime. Luwum street is named in his honour.

He is also honoured around the world for his courage, a statue in his honour was unveiled by the Queen of England alongside the statues of 10 other martyrs of the 20th century including Martin Luther King Jr.

The theme for this year’s commemoration is: ‘Hope beyond affliction: Lamentation 3:21-26’.

The government revealed that plans for setting up the Luwum Memorial Centre are progressing well.

A young teacher in 1948, Janan Luwum was shepherded into the church by evangelist Amadi Otunnu and his wife Josephine, parents to Olara Otunnu.

In 1949 he went to a theological school in Buwalasi, Eastern Uganda. A year later he was made a catechist, in 1955 he has ordained a deacon on ST. Thomas Day and a priest a year later.

He was then appointed the Provincial Secretary of the Church of Uganda and later made a Bishop. Thanks to his charisma and vision, Luwum quickly from Bishop to Archbishop of Uganda, Rwanda, Burundi and Zaire.

His consecration ceremony as Bishop of Northern Uganda in 1969 was attended by sitting President Obote as well as the Army Chief of Staff Idi Amin Ddada who soon after staged a coup and took over the government.

After five years, he was appointed Archbishop of the Metropolitan Province of Uganda, Rwanda, Burundi and Boga (in Zaire).

What led to his death?

The wide side ethnic violence of Idi Amin’s presidency in the ’70s forced Luwum to speak out, saying that the church wasn’t conformed to the powers of darkness.

This effectively put a target on his back and despite Amin’s initial attempts to befriend him, things had intensified to the point that his wife Mary urged him to leave the country but Luwum couldn’t bring himself to flee remarking that sometimes it is said that it’s the privilege of the great to watch catastrophe from a terrace and he would not watch from a terrace.

On Saturday, February 5, 1977, soldiers stormed his home and later violently interrogated him at the State House Entebbe.

On February 12, 1977, Luwum delivered a letter of protest to Idi Amin against all acts of violence.

Church leaders were later summoned to Nile Mansions and ordered to leave one by one. As they were held away, Luwum said to Bishop Festo Kivengere, they are going to kill me, I am not afraid, I see in all this the hand of God.

It was the last time Archbishop Luwum would be seen alive in public.

INTERVIEW: We must unite music and football, Kibo Media’s Kibirige on learnings from AFCON

INTERVIEW: We must unite music and football, Kibo Media's Kibirige on learnings from AFCON

Why Janan Luwum is celebrated?