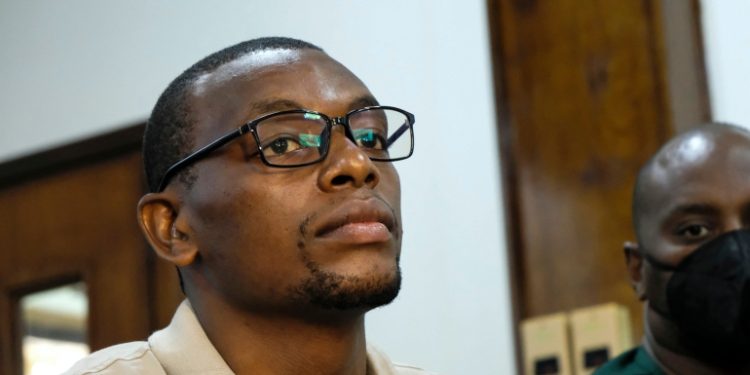 Award-winning author, Kakwenza Rukirabashaija who recently fled the country has dragged the Ugandan government to the East African Court of Justice for being tortured.

The writer confirmed this course of action yesterday on his Twitter handle.

“Yesterday, through my Human Rights lawyer @kiizaeron, I dragged Uganda to the East African Court of Justice over harrowing torture and flagrant abuse of my rights. I’ll explore through courts in this world–with jurisdiction–to get justice, and also light fire in their assholes,” he tweeted.

Following his release, the critical writer showed torture marks all over his body that he said were inflicted during detention by security.

He recently fled the country into exile in Germany.

On Monday, through his lawyers led by Eron Kiiza, Kakwenza dragged the government to the East African Court of Justice accusing it of violently arresting him on December 28, 2021, bundled into a drone van, blindfolded, and later incarcerated for several weeks without trial.

“The applicant’s captors blindfolded him with a thick black-like bag and strings pulled and knotted around his neck. They neither identified themselves nor gave the reason for his arrest. His violent, warrantless arrest witnessed by his gateman and members in the neighborhood was illegal, torturous, and contrary to Articles 24, 44, and 23(3) of the Constitution of Uganda, Article 5 of the Charter on Human and People’s Rights, and Articles 6, 7 and 8 of the treaty,” the court documents filed on Monday say.

Kakwenza also says that the Special Forces Command arrested and held him incommunicado for two weeks, well beyond the mandatory 48 hours which was a contravention of Articles 23(4) (b) of the Constitution of Uganda, Article 6 of the Charter on Human and People’s Rights and Articles 6,7 and 8 of the treaty.

He says that the searching of his Iganga home without a search warrant by security, but also a refusal by security to release him despite a mandatory order by the Chief Magistrates Court in Makindye was illegal and compromised judicial independence, rule of law, democracy, accountability, transparency, and good governance as enshrined in the Constitution of Uganda and the treaty for the formation of the East African Community.

Kakwenza also says that clandestine arraignment before Buganda Road Chief Magistrates Court where he was remanded to prison and criminal proceedings despite complaining of torture and violation of his fundamental human rights was illegal.

Kakwenza wants the East African Court of Justice to declare that his violent arrest by the Special Forces Command, being held incommunicado for two weeks, torture, search without a warrant of his home in Iganga, and disregard of a mandatory release order by the Makindye Chief Magistrates Court was illegal and a violation of the provisions of the East African Community treaty.

“The applicant prays for a declaration that his detention, a civilian in a military facility is a violation of the principle of accountability, good governance, and rule of law guaranteed under Articles 6(d), 7(2),8 and 123(3) of the treaty.”

Kakwenza also seek court orders to enforce and direct the immediate compliance with the treaty by directing the Ugandan government to discontinue his criminal trial and prosecution but also direct his compensation for the physical torture meted on him while in detention.

He also wants the East African Court to direct the government to pay general and punitive costs.

The Attorney General has been listed as the respondent in the case.