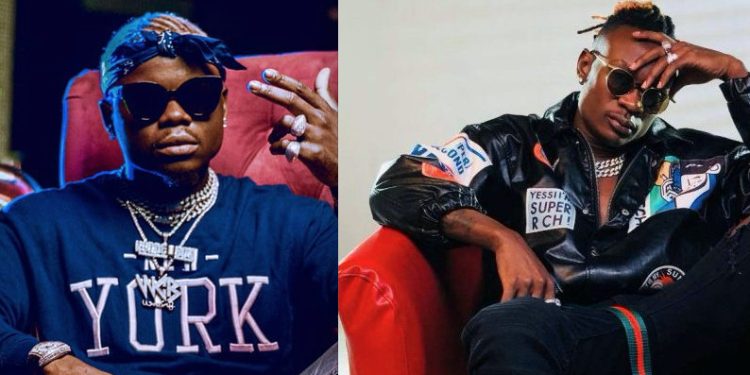 Fik Fameica is by no stretch a perfect artiste but his consistency and progress in his run thus far are worth lauding.

Fik has mastered the art of letting his work speak for him as opposed to his life off the stage. For each and every season, his sound is always represented.

Fik dips his foot further into international waters when he links up with Konde boy Harmonize for a major celebration down in Dar-es-Salaam.

Titled Champino, a clever wordplay on Champion, the two acts reflect on the steps it took to get to where they are. As they reflect on the scars that forged them, the Ugandan-Tanzanian connect celebrates.

With a number of Ugandan acts jumping on the Amapiano wave, Fik stands out from the crowd as the rapid Amapiano tempo is intercepted by some groovy afro-beats and guitar strings.

In celebration of his stellar success, Harmonize ridicules naysayers who doubted him during his days, flashing his success in their faces.

Fik Fameica owns up to his victory chanting the words Champion to the groovy Amapiano beat.

Harmonize RnB suave compliments Fik’s cutthroat bar spitting trickery. This is a cross-border dancefloor filler that is certainly going to be on rotation at the party.

Fik teams up with his long-time visual collaborator, Sasha Vybz, for a trip to Dar-es-Salaam. Sasha sets Fik and his collaborator up for a coastal-themed flex. Boats crisscross the ocean while Benzes fly across the highway. With beautiful models and a dance party on the streets, Fik and Harmonize can let the champagne spray.

Guinness teams up with Azawi for new, jaw-dropping “Majje” video

Guinness teams up with Azawi for new, jaw-dropping “Majje” video